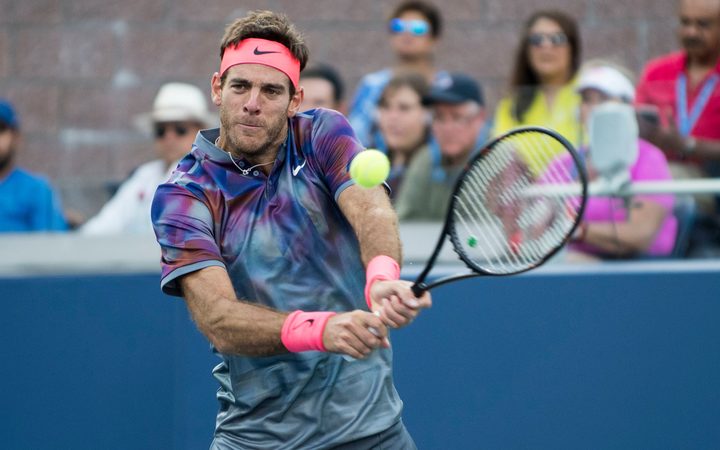 The big hitting 29-year-old, who won the 2009 US Open and has captured 20 ATP Tour career titles, was set to play in the 2016 tournament but had to withdraw due to fitness concerns.

Del Potro had fallen outside the top 1000 players in the world as a series of injuries heavily limited his game time but a stellar 2016 helped him charge back up the rankings and he comes to the end of this year just one spot outside the top 10.

A fan favourite with arguably the biggest forehand in the game, he joins a field which includes four other top 20 players.

Four-time champion David Ferrer, world No 8 Jack Sock, No 17 John Isner and No 20 Roberto Bautista-Agut have all confirmed their attendance in Auckland.

Del Potro became the first player to beat both Rafael Nadal and Roger Federer in the same Grand Slam on route to his US Open triumph.

The Argentine recorded his second victory over Federer at this year's US Open in September, knocking out the Swiss great in the quarterfinals before narrowly going down to eventual champion Nadal in the semifinals.

He added another title to his name this season in Stockholm, made the final in Basel narrowly going down to Federer in the decider and reached three further semifinals.

Del Potro won the silver medal at last year's Rio Olympic Games, beating world No 1 Novak Djokovic in the first round and Nadal in the semifinal, before carrying on that form to lead Argentina to Davis Cup glory.

"This is huge for us to secure Juan Martin," tournament director Karl Budge said.

"He is a true entertainer and one of the biggest names in tennis. Fans flock in their numbers to watch him and I can't wait to see him on centre court at the ASB Tennis Arena."

Del Potro said he was eager to get back to the city of sails.

"I have great memories from winning there in 2009.

"I had a late start this year after bringing the Davis Cup title to Argentina, so I am excited to start the 2018 season on a strong and healthy note.

"It will be the only tournament I play before Melbourne so it is very important for me and my preparation".

The full field for January's event will be confirmed on Tuesday.