Argentina's soccer superstar Lionel Messi has signed a new billion dollar contract with Barcelona that will keep him at the club until the end of the 2021 season. 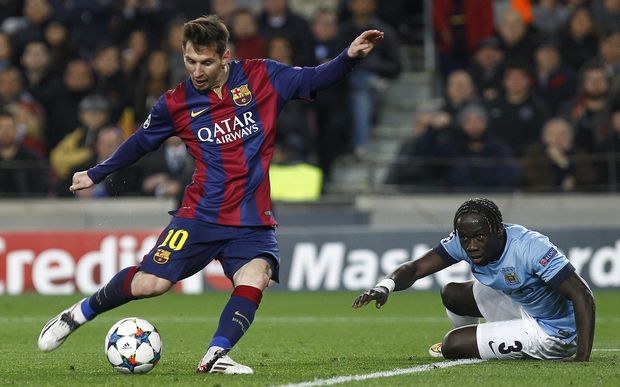 The news ended speculation that the five-times world player of the year could leave for free in June.

"FC Barcelona and Lionel Messi signed on Saturday morning a new contract that will keep the Argentine superstar at the Club through the 2020/21 season," a statement from Barca, posting a picture of Messi signing the deal alongside president Josep Maria Bartomeu, read.

Messi, 30, agreed the contract with Barcelona in July but the club did not release the obligatory photo of the player putting pen to paper, fuelling speculation he could depart when his previous deal expired.

Messi is Barca's all-time top scorer with 523 goals in all competitions and has won eight Liga, five Spanish cups and four Champions League titles since making his debut for the Catalan club in 2004, having joined their youth academy in 2000 aged 13.

He leads the scoring charts in La Liga with 12 goals and this week picked up the 2017 European Sports Media Golden Shoe for being the top scorer in a domestic league last season with 37 goals.

"We should have signed this a long time ago and now we have and I'm happy to continue with the club, which is my home," Messi told Barca's official television channel.

"My dream was to finish my career at Barca and we are moving down that path. Our objective is to continue achieving great things, fill the trophy cabinet and keep making history.

"We've been lucky enough to have won a great many things and I hope there will be more in the future."

Barca president Bartomeu hinted that Messi's buy-out clause had been cranked up after the club lost Neymar to Paris Saint-Germain in August after they paid the Brazilian's release clause of 222 million euros (NZ$ 385 million).

"It's a new contract that we have signed today, because although the one we signed in June was up to par with his greatness as a player, the new one is more in line with the current situation in the ever-changing world of football," Bartomeu said.

"It's a great contract for the best player in football history."