Being anointed the best Supercars driver of all time on the eve of the biggest race weekend of your life could melt even the steeliest resolve. 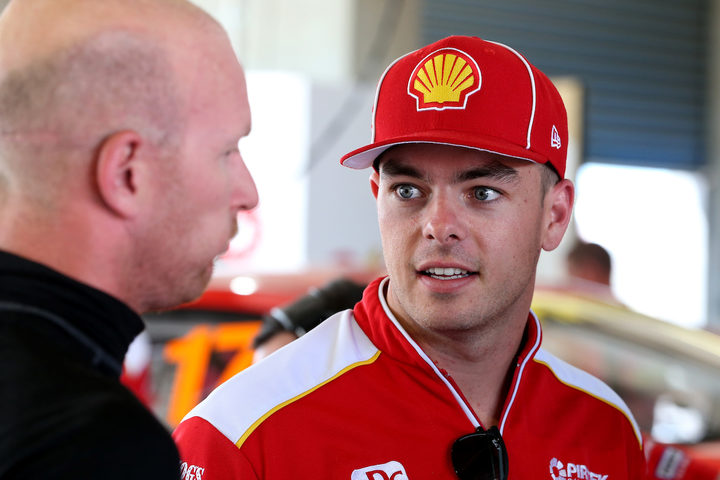 But young gun Scott McLaughlin is adamant the pressure is not getting to him ahead of this weekend's season-deciding Newcastle 500.

Retiring veteran Jason Bright declared the New Zealand ace as the best he'd seen, rating him ahead of Peter Brock and six-time champion Jamie Whincup - leader of the 2017 title race by 30 points.

"It's nice to hear that but I'm completely focused on this weekend," McLaughlin said.

"I just drive the car as fast as I can and, if that makes people notice, then that's nice."

It's a lofty comparison for the 24-year-old, but he insists the comparison doesn't make him feel the pinch as he aims to launch a come-from-behind assault on Jamie Whincup's grip on the championship.

"I put more pressure on myself than anyone. I'm used to it," McLaughlin said as he prepares to try and erase and overcome his 30-point deficit to Whincup.

After finishing third overall last season in a Volvo, McLaughlin's switch to Ford garage DJR Team Penske has coincided with their emergence as a 2017 powerhouse.

McLaughin's teammate and fellow New Zealand driver Fabian Coulthard, who sits a futher 146 points back in third, have combined for 11 race wins and 15 pole positions.

"He's pushed me to another level," McLaughlin said of Coulthard.

"We work hard and we've pushed each other."

High-profile engineer Ludo Lacroix has been the other crucial factor in McLaughlin's step from prodigious talent to title contender.

Lacroix's defection from Whincup's Triple Eight could pay ultimate dividends if McLaughlin can bridge the deficit with a last-round heist across two 95-lap races on the streets of Newcastle.

"I've worked with some pretty special people across my whole career; I've been lucky with that," McLaughlin said.