All Blacks captain Kieran Read won't play but Rieko Ioane will against Wales in Cardiff on Sunday morning (NZ time). 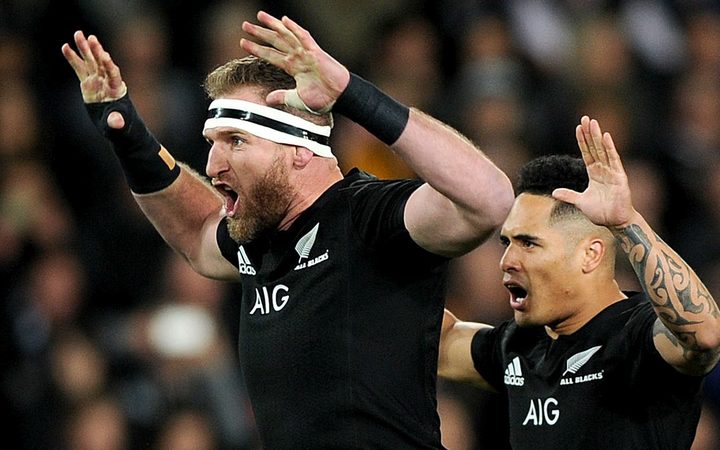 Read, who has been battling a hip injury since last weekend's narrow win over Scotland, did not train on Friday due to a sore back and has been ruled out.

He's been replaced at number eight by Luke Whitelock, while his brother Sam takes over the captaincy.

There is better news for Ioane, though, with the wing making a much quicker than expected recovery from his shoulder injury.

He had been virtually ruled out of the match after he suffered the injury against Scotland but after getting through the team's final full training session on Friday, the young Blues flyer has been named to start.

There is one other injury-enforced change to the matchday 23 which played Scotland last week with Patrick Tuipulotu replacing Luke Romano.

Liam Squire will start at blindside flanker, and lock Scott Barrett goes onto the bench in the 19 jersey.

Vaea Fifiti drops out of the 23.

All Blacks head coach Steve Hansen said while it was disappointing to not have Read available, it was a great opportunity to further grow the leadership of the team.

"In this case, Sam Whitelock gets the opportunity to captain the side. On behalf of the team, we'd like to congratulate him on this special honour.

"With his brother Luke captaining the All Blacks against the French XV, it will create a unique, All Blacks family history, and one which their family can be proud of."

Hansen added Ioane had recovered "remarkably well" and there had been a real energy and buzz in the team this week.

"The group has worked hard on its preparation, we've asked them to go bone deep and they're looking to deliver a performance we can all be proud of.

"It's always a pleasure to play in stadiums like the Millennium. We experienced a magnificent atmosphere last week up in Murrayfield and looking forward to a full house on Saturday.

"The Welsh are well known for their singing and that, in itself, creates something special. As always, we have been treated incredibly well here in Cardiff and have thoroughly enjoyed our week."