Manchester United have missed a chance to reach the Champions League knockout stage with a match to spare for the first time since 2014 after conceding a late goal in a 1-0 loss at Basel. 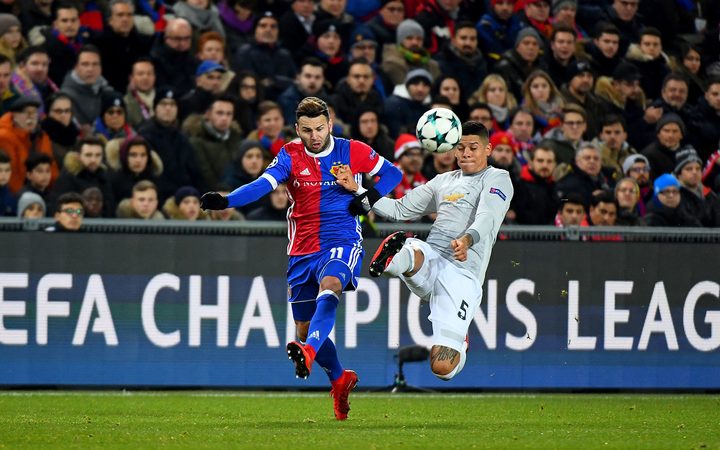 United are still top of Group A with 12 points from five games, three ahead of second-placed Basel and third-placed CSKA Moscow, who boosted their hopes of reaching the last 16 with a 2-0 home win over Benfica.

The only way United will not progress is if they lose by more than six goals against Moscow in the final group game.

Paris Saint-Germain thrashed Celtic 7-1 but could not mathematically secure the top spot in Group B after Bayern Munich beat Anderlecht 2-1.

PSG and Munich are both guaranteed to progress.

Elsewhere, Barcelona were able to secure first place in Group D after a 0-0 draw with Juventus, while third place Sporting kept the pressure on the Italians with a 3-1 win over Olympiakos.

In Group C, Chelsea cruised into the last 16 after being helped to their 4-0 stroll over 10-man Qarabag by the award of a hotly-disputed first-half penalty and sending off in Baku.

The match turned decisively in the English champions' favour midway through the first half when Qarabag's captain Rashad Sadygov was dismissed for pulling down Willian in the penalty box, allowing Eden Hazard to convert coolly from the spot.

Chelsea's win puts them on top of Group C on 10 points to guarantee their place in the knockout rounds.

Manchester United boss Jose Mourinho, said "We lost because in the first half we should be 5-0 up but we could not score one goal after being so dominant. It looks for many periods in the first half it was impossible not to win. I think the majority of the second half the feeling of everyone was OK, it will be 0-0, but they got the late goal.

"We don't need to win the (final group) match, we don't even need to draw, but obviously we will try to win."