Just one New Zealand athlete compete in the para track and field programme at the Commonwealth Games on the Gold Coast next year.

The Commonwealth Games has only a limited para track and field programme, unlike the Olympics, meaning javelin thrower and Paralympic silver medallist Holly Robinson will be the sole competitor.

Robinson's had another strong year in 2017 after winning silver in Rio last year.

She finished second in the F46 category a the World Para Athletics World Championships in London with a throw just 27 centimetres short of her New Zealand record. 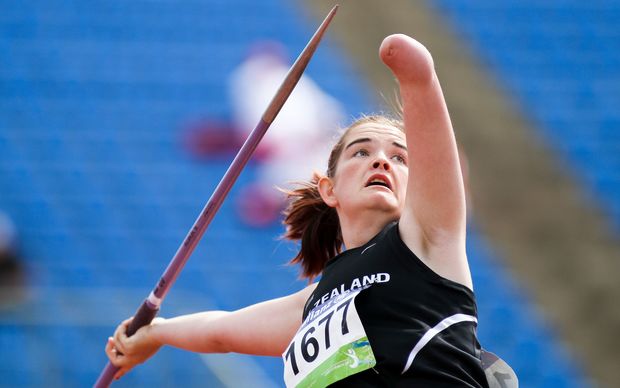 "I'm super excited to be selected for the Commonwealth Games, it's something I've always aspired to," said Holly.

"I've seen some really good progress this year with my throwing so I'm definitely looking at medals over there and I'm looking forward to doing my best and competing for my country."

Seven para bowlers have also been named in the team today.