New Zealand equestrian Clarke Johnstone has bagged the biggest win of his career with victory in the four-star Australian International Event in Adelaide.

The Olympian led from the get-go, scoring 45.9 penalty points in the dressage, adding just 8.8 time penalties in the cross country and finishing it off with a stunning clear in the showjumping to take the class on a score of 54.7. 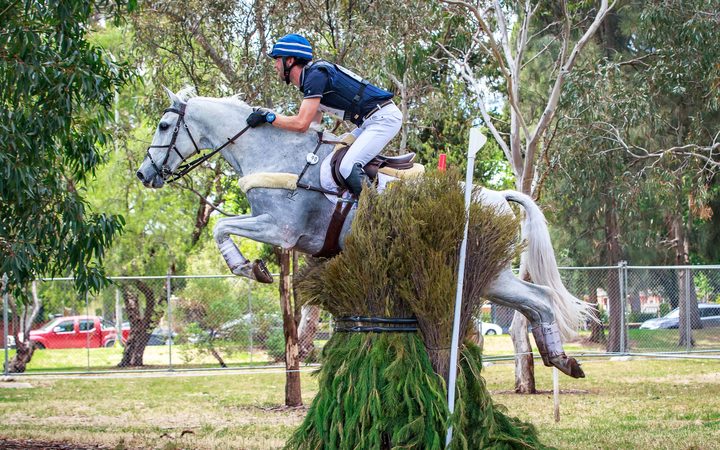 But all the pressure was on him in the final round. Just ahead of him, former Adelaide winner Megan Jones and Kirby Park Impress had ridden a cool clear, and he had no room to drop even a single rail.

Balmoral Sensation nudged a couple of early rails, but soon found his groove and Johnstone rode a brilliant clear to take the crown.

"I feel so very lucky to be here," he said, who was New Zealand's best individual eventer at the 2016 Rio Olympic Games with his sixth place finish. "It is something I have strived for my whole life since I started riding - to win a 4* - and to be finally here is the best feeling ever."

He thanked his parents and grandmother who "own my beautiful horse", his groom Lydia Beales who he "couldn't do without" and his team at home.

"This event isn't about me, it is about Gill. She was an amazing woman who made the event into this and we will all miss her very much," he said.

"My heart goes out to Gills family and close friends. This is my favourite event in the whole world. There are no other events like this. I love coming here and I look forward to doing so again in the future."

Donna Edwards-Smith (Te Kauwhata) and DSE Mr Hokey Pokey were the next best of the New Zealanders in seventh place on 73.9, after adding four faults in today's showjumping.

There was plenty of carnage in the showjumping round with just three combinations coming home clear and inside time over the John Vallance-designed course.

Edwards-Smith was full of praise for her team.

"He (DSE Mr Hokey Pokey) is full of courage and with a big heart," she said.

He fairly flew around the showjumping course and picked up just four faults for an unlucky rail.

There was plenty of drama at the event, with protests from yesterday's cross country only finalised just hours before today's showjumping.

Of the 20 original starters, five were eliminated and one retired during the cross country, and one withdrew at the second horse inspection.

Johnstone was just the third New Zealander to win the Adelaide contest, the only four-star event in the Southern Hemisphere - the other two being Nick Larkin and Red in 1997 when it was a three-star, and then Matthew Grayling aboard Revo in 2001 when it was a four-star.