Winger Rieko Ioane and lock Luke Romano have been ruled out of the All Blacks final game of their northern tour against Wales this weekend because of injury. 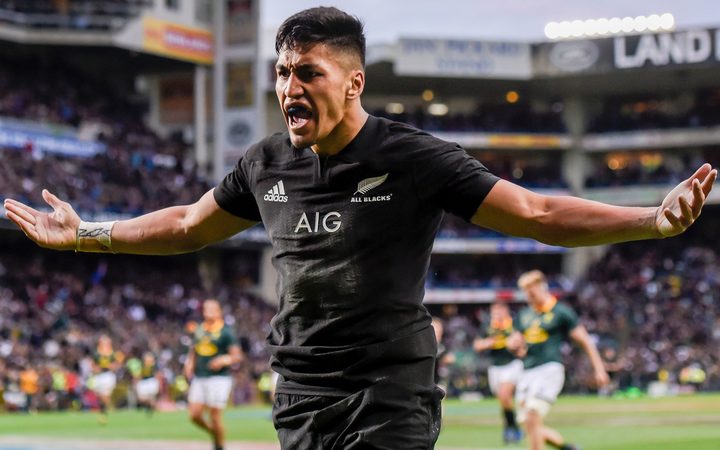 Ioane, who has scored nine tries in 12 Tests, injured his shoulder in yesterday's win over Scotland in Edinburgh.

Romano's season is over after giving in to an ongoing foot injury.

His injury could mean a Test return for Seta Tamanivalu.

"It doesn't look like he's going to be right for Saturday," said Hansen of his impressive wing who had another strong showing against the Scots. "It's quite weak, so he's probably not going to be available."

And while Hansen admitted that Ioane would be sorely missed, he was confident there were others more than capable of filling the void left by the star speedster.

"He's a rookie and player of the year nominee for a reason. He's played really, really well. But it's an exciting challenge for somebody to have to step up and do that job.

"I've got plenty of faith in the bloke we're going to probably pick. He's going all right, so we'll see how he goes."

Meanwhile Patrick Tuipulotu could play against Wales after being cleared of a dangerous tackle.

Tuipulotu was cited for a dangerous charge in the match against a French Selection in Lyon last Wednesday, but the judiciary dismissed the complaint.