The New Zealand cricket selectors have named a squad of 12 for the first Test against the West Indies next month with a 13th to be named after New Zealand A play the tourists.

That addition will be confirmed following a three-day warm-up match between New Zealand A and the Caribbean side beginning 25 November. 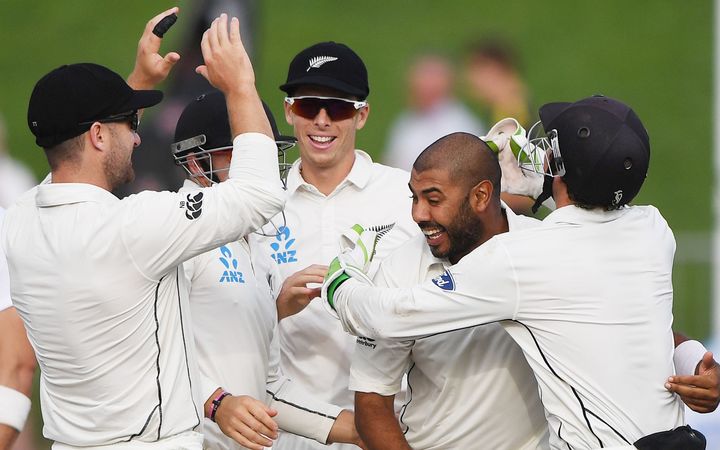 The only player not included from the side that played their last Test against South Africa in March, is batsman neil Broom, who has been named in the NZ A side.

A pace trio of Lockie Ferguson, Adam Milne and Scott Kuggeleijn will make up the New Zealand A bowling attack, in what will be one of the fastest the country has ever produced.

While still named in the squad, the availability of wicketkeeper BJ Watling for the Black Caps Test in Wellington on December 1st is in question due to a hip injury. Watling will be monitored and evaluated over the coming week.

All of the Black Caps players will be available to play in the fourth round of the Plunket Shield starting today.

Selector Gavin Larsen says the Test squad has a settled look to it.

"Aside from a question mark over BJ, we have a fully fit squad who have all shown they have what it takes to perform at Test level," said Larsen.

"We want to hit the ground running for that first match at the Basin Reserve. It's a special place to play cricket and we're determined to start the summer on a positive note."

Larsen said the New Zealand A side was full of talent and excitement.

"While the Black Caps squad doesn't have too may surprises, this NZ A team certainly shows that we have depth and quality players who are pushing for higher honours.

"Watching the three quickest bowlers in NZ operating together will certainly be exciting, and all three have plenty to play for.

"We are looking to develop Martin Guptill's leadership capabilities and the NZ A match is another good opportunity."

BLACKCAPS (one to be added)

Not considered due to injury - Seth Rance, Dean Brownlie