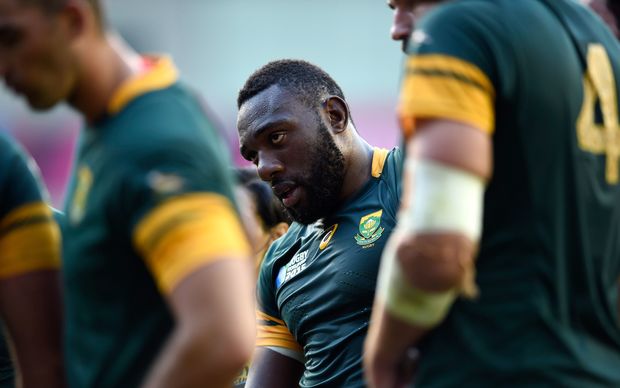 "Losing your most experienced player is not ideal, but family comes first in our caring environment," Coetzee said. "He's got to take care of personal and family matters."

The 32-year-old Mtawarira is South Africa's most experienced player with 95 caps and had been in a rich vein of form.

He will be replaced by Steven Kitshoff, who gets his first start after 18 test appearances off the bench.

South Africa have made three changes with Francois Louw moving to number eight to replace the injured Uzair Cassiem and Pieter-Steph du Toit coming in on the flank where Louw played in the 27-27 draw with Australia in Bloemfontein last week. Lood de Jager replaces Franco Mostert at lock.

"The All Blacks will again test us in every department. They don't seem to have any weak areas, so we will have to show that we've learnt from our experience in Albany," Coetzee said.

"Saturday is another huge opportunity for us to continue to grow as a team and build on our cohesion."