A puncture has wrecked the chances for Olympic and World Champion rower, Hamish Bond in his cycling debut in the elite men's time trial at the UCI Road Cycling World Championships in Norway. 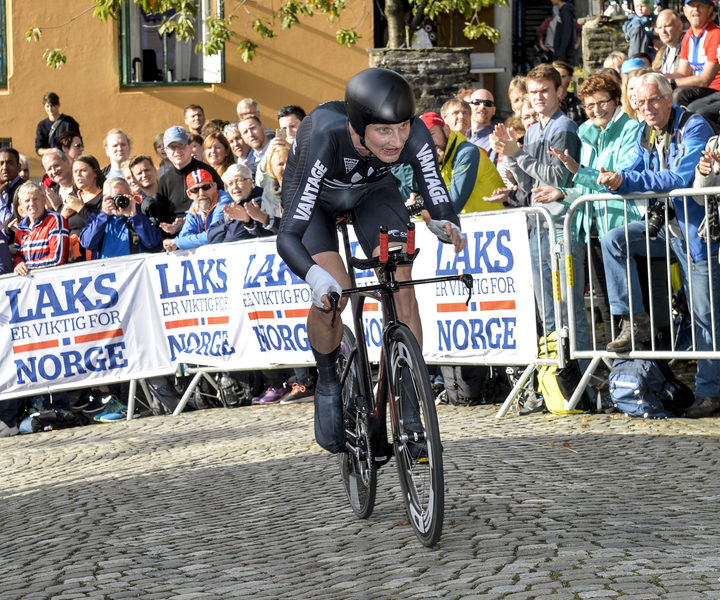 Bond, who took up cycling just over a year ago after his second Olympic gold medal at Rio, finished 39th of the 64 starters in the 31.74km test.

His time of 48:14.92 was 3 minutes and 33 seconds behind winner Tom Dumoulin, the Dutch time trial champion and Giro d'Italia champion.

Bond, a cyclist for less than 12 months, was 16th fastest on the first lap when he punctured, and dropped to 44th at the mid-race time check. 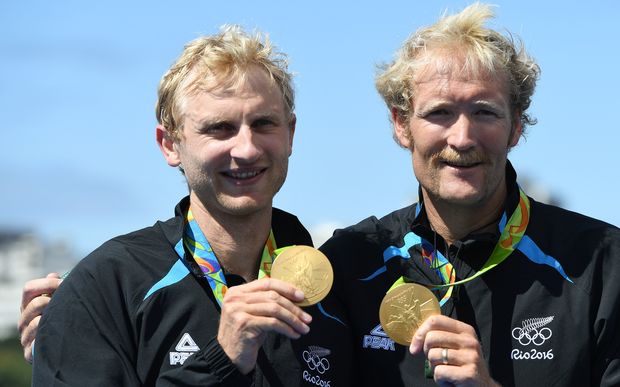 Hamish Bond with Eric Murray and a rowing gold in Rio Photo: AFP

The seven-time rowing world champion recovered to finish 39th but it was not the outcome that Bond had planned for.

"You try and deliver a clinical, smooth race and the puncture threw everything out the window. I tried but it threw me off my game," Bond said.

"It was out of my control but something I prided myself on in my rowing career was getting those things right and executing on race day. Regardless of if it was my fault or ill-luck, it was disappointing not to be able to show what I was capable of."

With the roads damp after morning rain, Bond said he went over a small piece of debris around a corner, and the front tyre blew instantly on one of the fastest parts of the course.

"I was pleased with how I pushed after I got back on. I possibly tried to over-compensate for the puncture for the rest of the flatter part of the circuit and suffered a bit on the climb trying to make up for the lost time."

Bond said the experience was bitter-sweet, including the unique and remarkable scenes on the climb.

"Overall I am pleased with the amount of effort that I put in. Since my selection I've been really pleased with how I trained and how I tapered. I was fizzing today in really good physical shape but it is just really disappointing not to be able to show it. It was a great experience and something I can bank for the future."

Bond said he will take some time out to evaluate his last 12 months but believes he has more to give to cycling and has the Commonwealth Games in his sights.