Formula One world champions Mercedes announced what they said was a 'no-brainer' of a deal by signing Finnish driver Valtteri Bottas for another season alongside Lewis Hamilton. 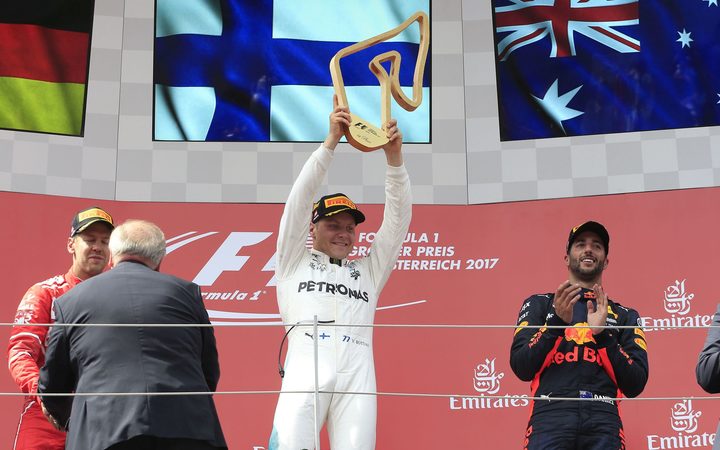 The 28-year-old has won two races so far this season, in Austria and Russia, and is third in the standings with a 41 point gap to championship leader Hamilton.

"We gave Valtteri a big challenge this year: joining the team at the 11th hour, stepping up to the forefront of F1 and pairing with the sport's best driver as his team mate," said team boss Toto Wolff in a statement.

"With that in mind, his results have been probably even more impressive... the balance of his performances and his upward trajectory made it a no-brainer for us to continue with him into 2018.

"For our team, the bonus factors are the respect and sportsmanship that have grown between our two drivers. The chemistry and dynamic between Valtteri and Lewis work and are what we need to take the fight to our competitors."

Bottas joined on a one-year-deal and his new contract still leaves everything open for 2019, when the driver market is likely to go through major upheaval with several top names in the spotlight.

Both Red Bull drivers Max Verstappen and Daniel Ricciardo are tied to that team for 2018 but are hot properties while Ferrari are likely to be seeking a replacement for Kimi Raikkonen.

Hamilton's contract is also up for renewal and expires at the end of 2018, although he has said he expects to agree a new deal.

Bottas at least gets a chance to cement his reputation and win more races.

"Together, we continue to grow stronger day by day, and by keeping up our hard work I believe the sky is the limit," said the Finn, thanking Mercedes for their 'leap of faith' in him.

"Since joining the team in January, I've enjoyed every day working with them... as a driver, I've been able to learn and grow massively, and we have already enjoyed some really good moments this season that I will never forget.

"Partnering Lewis has also been really good, and I'm enjoying the respect we have and the will to push this team forward together."