The Silver Ferns have sealed their three-test netball series against England 2-1 after taking tonight's third test in a pulsating game in Hamilton 62-55. The win avenges Sunday's 3-point loss to England in Napier and prevents the Roses from achieving their first ever series win over New Zealand.

Led by shooters Maria Tutaia and Bailey Mes, the Silver Ferns put on a late scoring surge to snatch the game by seven goals after going goal for goal with the Roses for much of the final quarter. 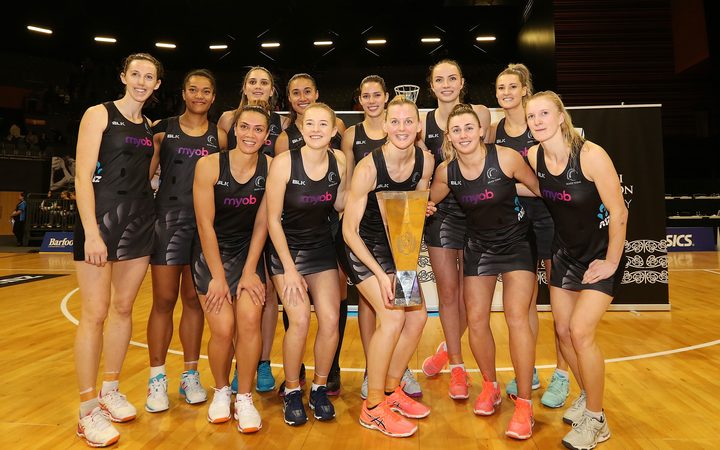 The Silver Ferns with the Taini Jamison Trophy after their series win over England Photo: Photosport

New Zealand got off to an good start taking a tight first quarter 17-13, with a crisp and sharper performance across the court.

But England gained control in the second quarter, disrupting the early Ferns' shooting success to set up an eight goal turnaround and move out to a 30-26 halftime lead.

In a game where the lead swung constantly, it was the Silver Ferns who edged ahead early in the third quarter, turning their four-goal deficit into a one-point 44-43 lead.

And a late burst of scoring from Maria Tutaia and player of the match Bailey Mes in the final three minutes prevented England from grabbing their first ever series win over New Zealand as the Ferns closed the game out 62-55.

Goal shoot Bailey Mes had a perfect 100 percent record shooting 21 from 21 while Maria Tutaia netted 41 from 52 for a 72 percent return. 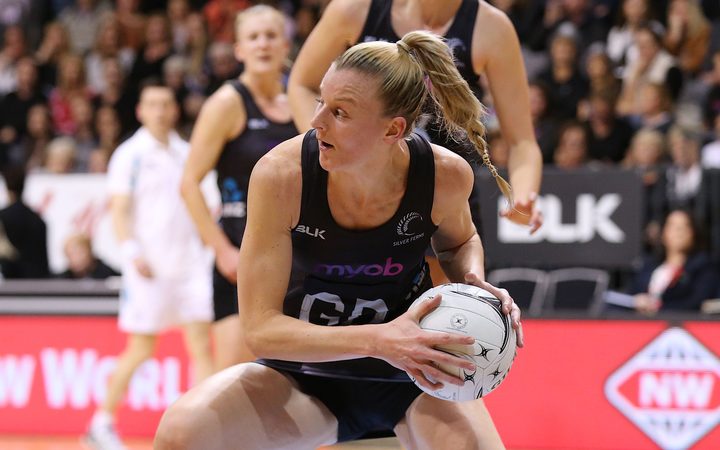 Captain Katrina Grant played an inspirational role in defence to crown her 100th game for New Zealand with a series win.

"I think this is the best England side I've ever played against. We pulled through and the girls did an amazing job," said Grant.

"We've been under alot of pressure from the two losses against England and I think we learned alot from that."

With the Quad Series and the Taini Jamison Trophy safely locked up in the trophy cabinet, the Silver Ferns will now prepare for their Constellation Cup campaign against Australia starting on October 5 in Auckland.

"So far the trophy cabinet is full and we really like that," said Grant.