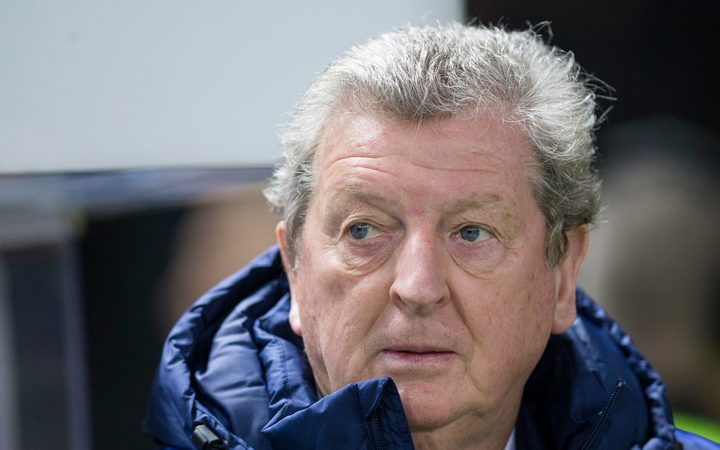 Shortly after Palace chairman Steve Parish broke the news on his Twitter feed, the south London club put a statement on their website saying Hodgson had signed a two-year contract.

Hodgson, who began a modest playing career at Palace in 1965, said he was excited to be back in club football after his England reign ended with his resignation after a shock round of 16 defeat by Iceland at the 2016 European Championship.

"The ambitions here are realistic and there is an enormous potential for growth and I hope we can achieve our goals," Hodgson said on Palace's website.

Palace are owned by American majority shareholders David Blitzer and Josh Harris alongside Parish and other investors.

"I am very excited to be back in club football," added a delighted Hodgson. "It's a long while since I have enjoyed the day to day sessions of training."

Hodgson's last Premier League job was with West Bromwich Albion before taking over as England manager in 2012. He has also managed Blackburn Rovers, Fulham and Liverpool.

His managerial career began with Swedish club Halmstad in 1976 and he has coached in eight countries.

Hodgson will be joined at Palace by Ray Lewington, who was his assistant with England and Fulham and Palace's assistant manager between 1994 and 2000.

Before Hodgson's appointment was confirmed he was interviewed by Sky Sports at the club's training ground.

"It's a good day for me, I'm very happy and looking forward to hopefully getting down to work and trying to help us get some points in the league and climb up the table," he said.

Hodgson's biggest club achievements include seven Swedish titles and one Danish title as well as steering Fulham to the Europa League final against Atletico Madrid in 2010.

He was also Switzerland coach, taking them to the 1994 World Cup as well as the Euro 96 finals in England, and spent two years at Inter Milan whom he led to the 1997 UEFA Cup final.

There will be little prospect of a honeymoon period for Hodgson with Palace hosting Southampton before playing the top two sides Manchester City and Manchester United away and then champions Chelsea at home in their next four league matches.

They are rock bottom of the Premier League with no points and no goals from four games -- the worst start to a top-flight season in England for nearly 100 years.

De Boer, the former Ajax Amsterdam player and manager, was dismissed after only 77 days in charge.

His reign was the shortest in the Premier League era in terms of matches played.