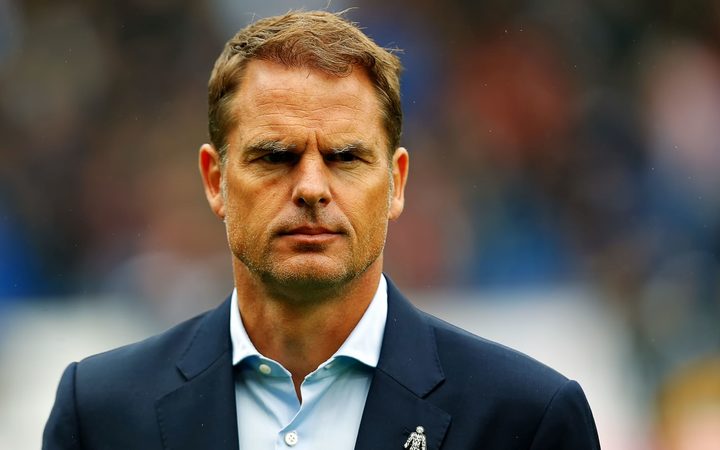 The 47-year-old former Ajax player and manager only took charge on June 26 with a three-year contract, but his first four Premier League games all ended in defeat.

The club confirmed de Boer's departure in a brief statement on the club's website.

"We would like to thank Frank for his dedication and hard work during his time at the Club. A new manager will be appointed in due course and we wish Frank the very best of luck for the future."

De Boer's reign is the shortest in the Premier League era in terms of matches played.

Les Reed lasted seven games in 2006 before being sacked by Charlton Athletic while American Bob Bradley survived only 11 last season at Swansea City. Frenchman Jacques Santini was also sacked by Tottenham Hotspur after 11 games in 2004.

It is the second time the Dutchman has lasted fewer than 100 days in a job having suffered a similar fate at Inter Milan last year where he was sacked after 85 days in charge.

Yesterday's 1-0 defeat at Burnley, where Palace wasted several good chances to break their duck, left them joint bottom of the table having failed to register a goal.

The last English top-flight club to lose their first four games without finding the net was Preston North End in 1924.

De Boer, who replaced Sam Allardyce, presided over home defeats by newly-promoted Huddersfield Town (0-3) and Swansea City (0-2) and away losses to Liverpool (0-1) and Burnley.

His only victory came in the League Cup against second-tier Ipswich Town.

Whoever does replace De Boer faces a tough task as Palace play Manchester City and Manchester United away and Chelsea at home in their next four Premier League matches.