Brazilian striker Gabriel Jesus scored twice as Manchester City hammered Liverpool 5-0 in the Premier League at the Etihad Stadium with the visitors forced to play the second half down to 10 men. 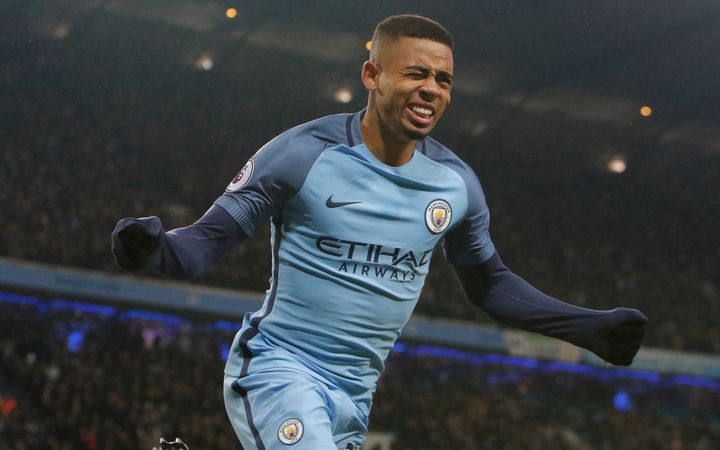 Liverpool's Senegalese striker Sadio Mane was shown a straight red card in the 37th minute for a high challenge on City's keeper Ederson, who had raced out of the penalty area and had to be carried off on a stretcher following the clash.

City were 1-0 up at that stage thanks to a Sergio Aguero goal and they soon made their numerical advantage count when Jesus headed in a De Bruyne cross.

The Brazilian tapped in his second in the 53rd minute after Aguero unselfishly played him in and Leroy Sane made it 4-0 in the 77th after combining well with Benjamin Mendy.

Sane completed the rout in injury time with a brilliant, curling left-foot shot from 25 metres into the far corner.