Ticket sales from Floyd Mayweather's superfight with UFC star Conor McGregor have failed to top the record set by the American's 2015 bout with Manny Pacquiao.

The Mayweather-McGregor bout last month Arena in Las Vegas sold 13,094 tickets with another 137 complimentary tickets given out for a gate of $US55.4 million, according to figures released by the Nevada Athletic Commission.

The fight was billed as having the potential to break both the gate and pay-per- view revenue records,

The figures are below the $US72.2 million generated by the Mayweather-Pacquiao fight at the MGM Garden Arena in Las Vegas, which sold 16,219 tickets. 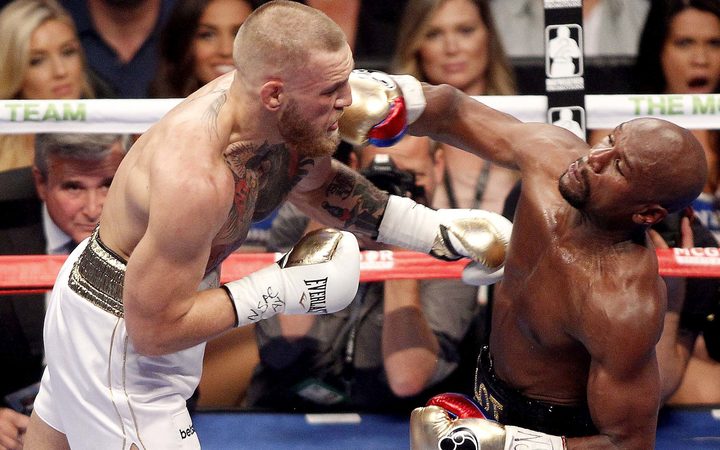 Mayweather beat McGregor, a mixed martial arts champion who was making his professional boxing debut, by way of technical knockout in the 10th round to surpass heavyweight great Rocky Marciano's 49-0 record for most wins without a loss or draw.

Pay per view number for the fight have yet to be released.