World number one Rafa Nadal provided Russian teenager Andrey Rublev with a tennis lesson, racing into the semi-finals of the U.S. Open with a ruthless 6-1 6-2 6-2 win. 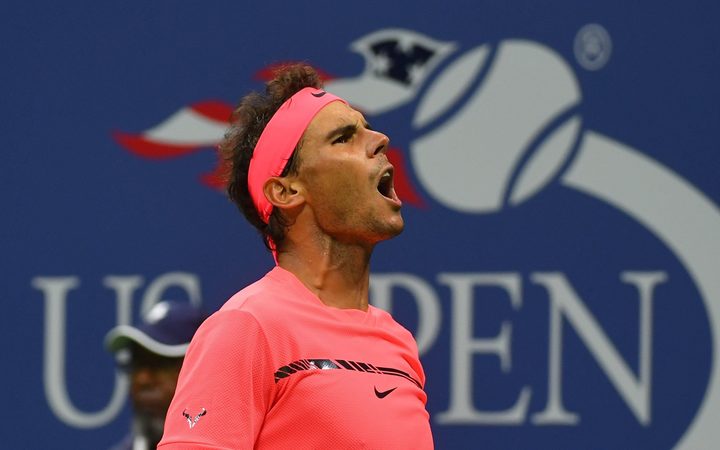 The 19-year-old, who grew up idolising Nadal and had the Spaniard's poster pinned up on his bedroom wall was smiling from ear-to-ear as he posed for pre-match photos on Arthur Ashe Stadium court with his hero.

That would be the highlight of an eye-opening afternoon for the Russian youngster as Nadal showed no mercy during a one hour, 37 minute thrashing.

Once the match started it did not take long for Rublev's grin to disappear. It was replaced by scowls and frustration as the Russian angrily yelled at himself for missed shots and occasionally slapped at his leg with a clenched fist.

Nadal, still stinging from a third-round upset by 18-year-old Canadian Denis Shapovalov in Montreal in August and with a spot in the semi-finals and a possible showdown with rival Roger Federer on the line, was fully focused on the task at hand.

While fans were still filing into Arthur Ashe, Nadal was wrapping up a clinical first set in 23 minutes.

Rublev offered some resistance to start the second but it was brief, Nadal breaking to go up 3-2 and again to close out the set.

A relentless Nadal broke to open the third and when Rublev double faulted to hand him yet another break at 4-1, the dejected Russian simply bent over and let his racquet drop.

But Rublev was not done scolding himself, dropping into his chair during the changeover then hammering away at his foot with his racquet.

Up next for Nadal will be the winner of the quarter-final clash between five-times U.S. Open champion Federer and Juan Martin del Potro, the 2009 winner.

If Federer can get past the towering Argentine it would set up a landmark meeting between the Swiss and Nadal.

One of the great rivalries in all of sport, Federer and Nadal, a twice U.S. Open champion, have clashed 37 times over the years but they have never stood across from each other on Flushing Meadows' famed hardcourts.