Briton's Chris Froome has suffered a setback in the Vuelta a Espana, losing ground to chief rival Vincenzo Nibali in the race's greulling 17th stage. 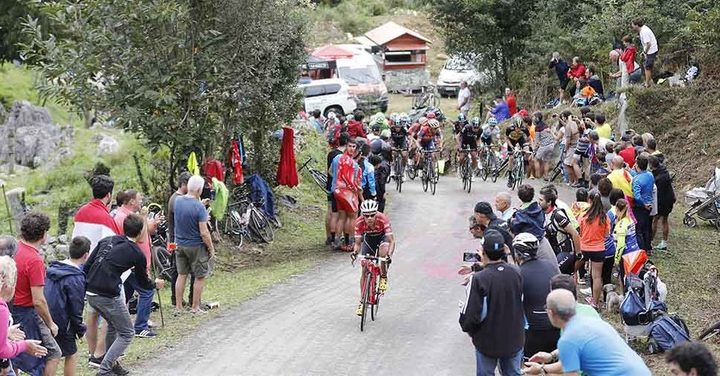 Froome lost 42 seconds on Nibali with his lead on the Sicilian cut to one minute 16 seconds on the gruelling climb to Los Machucos.

The Team Sky star was forced onto the defensive and could not stop Nibali cutting his lead, with the Bahrain Merida man finishing fourth.

Froome appeared well-set to complete his mission to land the demanding La Vuelta and Tour de France double ahead of today's action, only to see his sizeable lead hauled back somewhat.

An alleged arson attack destroyed their team bus after the 11th stage of the race, but Denifl put all that to one side to sweep to victory.

Veteran star Alberto Contador powered into second place, trailing Denifl by 28 seconds, to cement fifth place in the overall standings of his final race before retirement.