Spaniard Pablo Carreno Busta said playing in the shadow of Rafael Nadal has helped to keep the pressure off him as he has quietly advanced to the semi-finals of the U.S. Open. 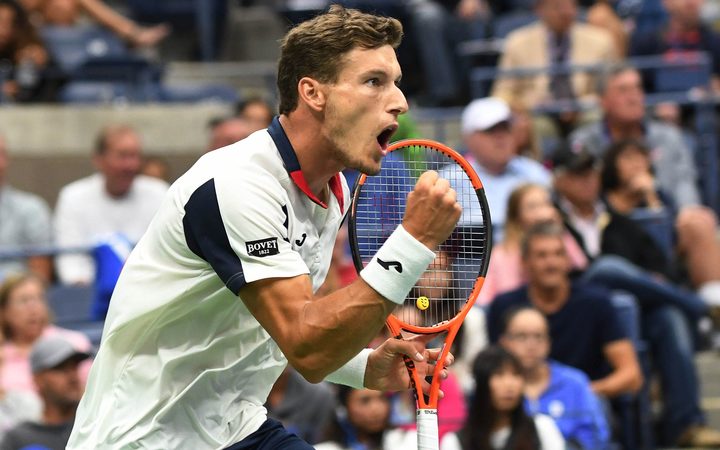 The softly-spoken 12th seed has yet to drop a set in the tournament having benefited from a kind draw.

He did not face a seeded player until Tuesday's encounter with world number 33, Diego Schwartzman, who he dispatched in straight sets to reach the last four.

"Of course if you speak with some Spanish people about tennis, everybody knows Rafa. That's true that Rafa is an incredible tennis player. He is one of the best ever," Carreno Busta told reporters after his quarter-final match.

"Maybe it's just easier when, in your country, Rafa has all the attention and you are without this pressure," he added.

Carreno Busta counts the world number one not only as a good friend but also as a mentor who has helped him reach his first ever grand slam singles semi-final.

He might benefit from picking Nadal's brains prior to his semi-final match on Thursday, when he will face his stiffest challenge yet in either 17th-seeded American Sam Querrey or powerful South African Kevin Anderson.

If Carreno Busta manages to advance to the final, he may have to put his friendship with Nadal on hold as the 15 times major champion could be standing between him and a maiden grand slam crown.

Meanwhile unseeded American Sloane Stephens took down 16th-seeded Latvian Anastasija Sevastova with a gritty 6-3 3-6 7-6(4) win to lead what could be an homegrown parade into the U.S. Open semi-finals.

For the first time in 15 years four American women are appearing in the quarter-finals at Flushing Meadows with Stephens hoping to be joined in the last four by Venus Williams, CoCo Vandeweghe and Madison Keys.

Ranked outside the top 950 just six weeks ago, Stephens was the most likely of the U.S. contenders to see her run end in the quarter-finals but the 24-year-old would not be denied.

Down 3-1 and a double break point in the third set Stephens dug deep and rode the support of a raucous Arthur Ashe Stadium crowd to get back on level terms and force a tiebreak clinching victory on her first match point with a thundering a forehand winner down the line.