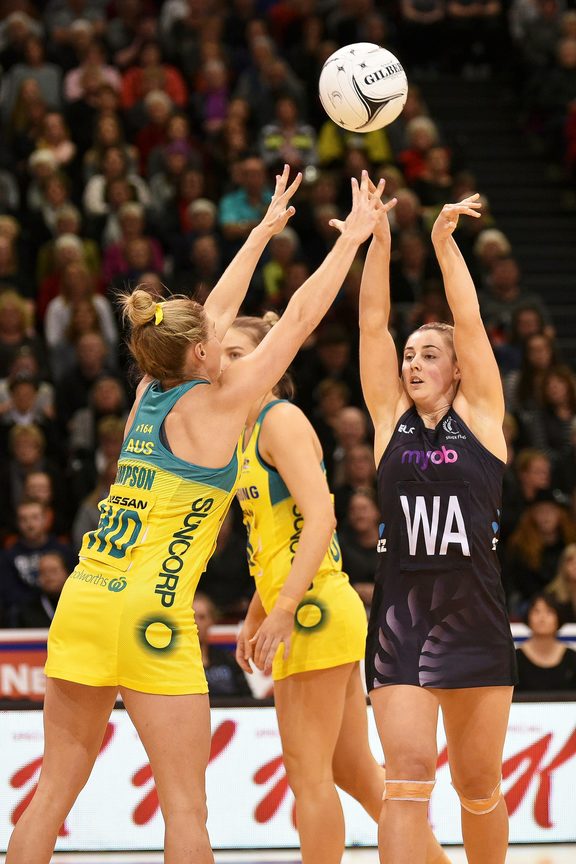 Coming off an upset 49-45 loss to England four days ago, the Kiwis looked in complete control in delivering a patient, disciplined performance across all four quarters.

The win was built on a dominant first quarter, the Silver Ferns roaring out of the blocks with a rejigged shooting circle firing on all cylinders.

Bailey Mes ran unfamiliar lines with aplomb at goal attack, having previously played just four quarters in the position, and those in 2014.

At the other end of the court, 20-year-old Ferns goalkeeper Kelly Jury matched Diamonds shooter Caitlin Bassett jump for jump.

She closed down the high ball into the Australian skipper, picking up a series of early tips and intercepts as the New Zealanders built steadily to a 12-4 lead before the Diamonds clawed their way back.

Te Paea Selby-Rickit, shouldering the bulk of the scoring duties, nailed the last three goals of the spell to give the Silver Ferns an 18-10 lead at the first break.

The Diamonds bolstered their midcourt in the second stanza, bringing on rookie Liz Watson at centre for Kim Ravaillion in a bid for more variety in their circle feed.

The new combination made initial inroads, narrowing the Ferns' lead to 26-21 after just five minutes. 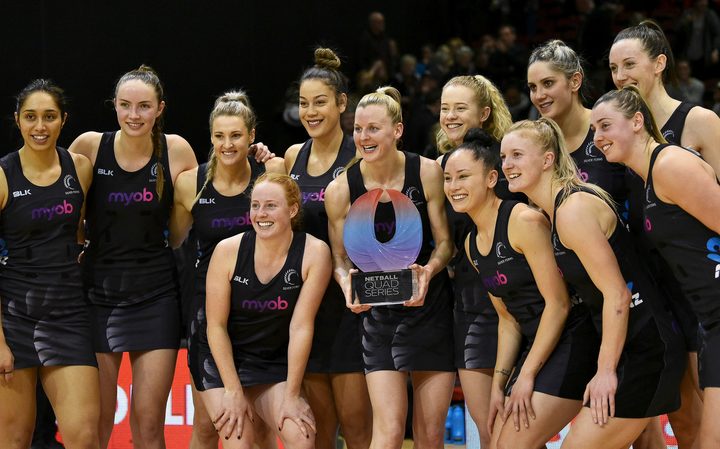 But the New Zealand midcourt, with Gina Crampton providing extra punch at wing attack, showed patience in working the ball around and the Kiwis regrouped to lead 31-24 at halfitime.

Watson shifted to wing attack, and Ravaillion replaced Madi Robinson at centre but the Kiwis eased further ahead to take an 11-goal lead into the three-quarter break.

With the New Zealand defence generating a wealth of turnover ball, Selby-Rickit (35 from 41), Mes (17 from 18) and Maia Wilson (five from five) were clinical in their conversion, leaving the Australians chasing shadows for the final 15 minutes.