Maria Sharapova has fought off the challenge of American teenager Sofia Kenin to reach the fourth round of the US Open with a 7-5 6-2 victory. 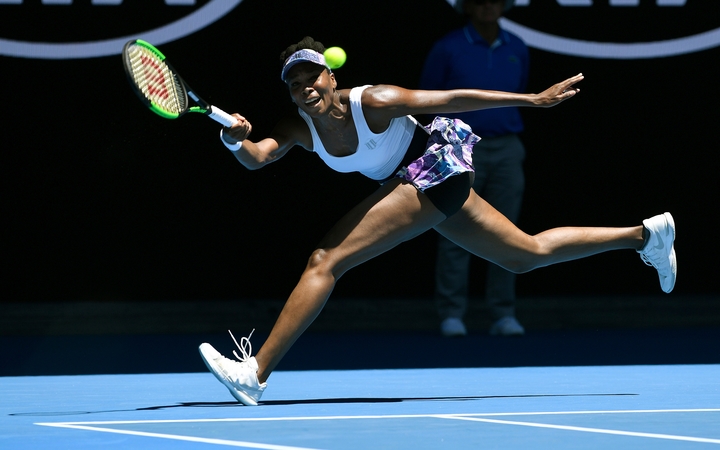 After three-set struggles against Simona Halep and Timea Babos in earlier rounds, this was slightly more comfortable for Sharapova.

"We've never faced off against each other before, she's up and coming, she had nothing to lose and that's always dangerous. I'm really glad I came through," Sharapova said.

Venus Williams continued her US Open campaign when the American beat Greek Maria Sakkari 6-3 6-4 to advance to the fourth round.

Williams, who won two titles at Flushing Meadows in 2000 and 2001, overcame serve problems to set up a meeting with gritty Spaniard Carla Suarez Navarro.

She has now reached the last 16 in every grand slam this year, a feat she last achieved in 2010.

The 37-year-old managed the only break in the opening set to take control of the match.

Before her third round match Williams confirmed her sister Serena had given birth to a baby girl, the first child for the former world number one tennis player.

Venus declined to answer any further questions about the birth following her victory over Sakkari.

In other results, American John Isner exited the US Open after falling to Germany's 23rd seed Mischa Zverev 6-4 6-3 7-6(5) in the third round.

New Zealand's Marcus Daniell is through to the second round in the men's doubles.

Fellow Kiwi Artem Sitak and Ukrainian partner Olga Savchuk beat the fifth seeds to reach the second round of the Mixed Doubles.