Cycling New Zealand coach Dayle Cheatley has decided to step away from his fulltime role leading the track cycling programme. 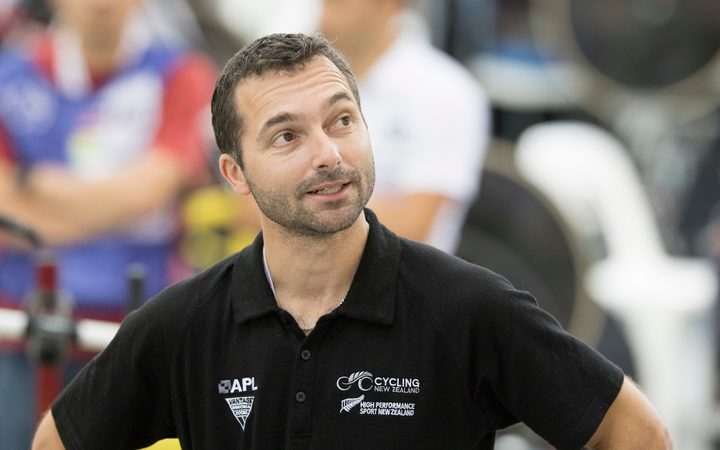 The 39-year-old, who has spent most of his life closely involved in cycling as a rider and coach, has been a key part of Cycling New Zealand high performance programme since 2008.

Cheatley, who followed his father Ron into coaching the national team, believes he is no longer able to commit to the 24/7 demands of the role through to the 2020 Tokyo Olympics.

"The role requires a person to be able to give 100 percent to the team and create an environment for the athletes to be the best they can be," Cheatley said.

"I can no longer see myself being able to be that person fulltime and I believe it is not right to carry on now and then find myself unable to give that 100 per cent commitment to the team in the critical period leading to Tokyo."

Cheatley, who has raced bikes since he was 11, moved into coaching, including the national junior track cycling team to the world championships, before being appointed to Cycling New Zealand after the Beijing Olympics in 2008.

He played a key role in coach development as well as developing the-then defunct elite women's track programme into the top four track nations in the world.

After the London Olympics, Cheatley was elevated to the role of head coach, overseeing the programme and working with the coaching team through to the Rio Olympics. In his almost 10 years with the programme, New Zealand cyclists have won seven world Championship titles on the track among 35 medals in total, with only 11 medals in its history until 2009.

He rates the world championship silver medal in the Points race by Lauren Ellis at Copenhagen in 2010 as "the gutsiest ride from a female that I have coached."

His most satisfying was the silver medal by the men's team pursuit at the world championships this year when they set the fastest ever time by a New Zealand team.

"What was special as a coach was the process behind that campaign and the performance environment created for these athletes to bury themselves for their teammates and for the jersey."

Cheatley is adamant that the coach's role is far more than pure results.

"It's about equipping an athlete with the tools for them to succeed, not just in their chosen sport but also in life after sport and to then pass this on to others."

He said his next chapter is to spent time with family and "looking after me."

Cheatley will make himself available for contract work for the organisation if required and while "there's no good time to depart … I will leave with no regrets and content with what I have added to the legacy that is cycle racing in New Zealand.

"I leave knowing that there are some great people looking after some exceptional athletes within Cycling New Zealand and in clubs throughout New Zealand. I will miss these people and athletes but because we have a passion for cycling we will cross paths."

Cycling New Zealand CEO Andrew Matheson said Cheatley has been a key part of the organisation and someone they did not want to lose.

"Dayle has contributed significantly to Cycling New Zealand over many years and been a critical part of the recent successes. We tried to talk him out of leaving but ultimately we respect him and his decision. He will be sorely missed."

Matheson confirmed that Cheatley will transition out of the role through to his departure at the end of the year, with current assistant coach Matt Shallcrass to take over the reins as men's endurance coach through to the Commonwealth Games.