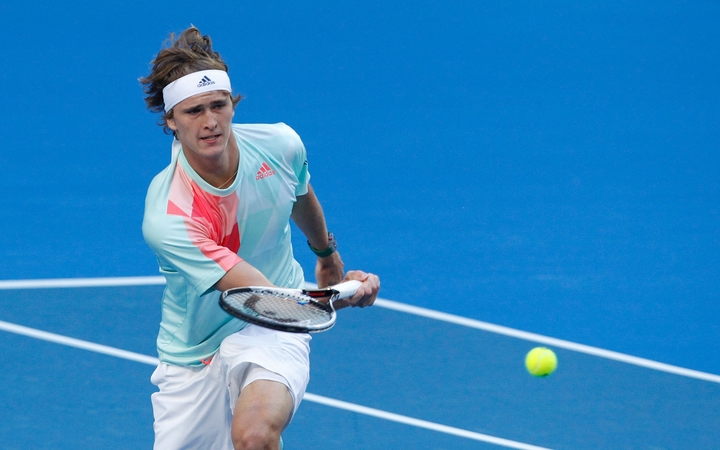 The two 20-year-olds may be part of tennis's next generation but the German and Croat have gone toe-to-toe on court since they were youngsters.

The clash was not even the first time the two have met at Flushing Meadows with Coric beating Zverev in the U.S. Open junior boys semi-finals on the way to winning the title in 2013.

As professionals Zverev and Coric have met once, where the Croat came out on top with a three-set victory in the opening round at Cincinnati in 2015.

Despite crossing paths over the years Zverev insisted that the two players do not have a history -- yet.

"We played two times (as professional), so... I don't know, is that a history?" said Zverev. "I think Rafa (Nadal) and Roger (Federer) have a history. Or Novak (Djokovic) and those guys have a history.

"I don't think we have a history."

If they do not have history Zverev and Coric most certainly have a burgeoning rivalry.

"It's that NextGen thing, you know, what ATP is promoting," said Coric. "I don't see it as a big rivalry.

"I think we all have our paths, our careers. We need to go in our way."

Zverev, winner of five titles this season including a warmup tournament in Montreal where he defeated Roger Federer in the final, looked poised to settle the score when he grabbed the opening set.

But the 61st-ranked Coric battled back to win three close sets, the last two in tie-breaks, to leave the German swinging his racquet in frustration.

"It's upsetting. The way I played was upsetting," said Zverev. "The tournament so far is upsetting for me."

Zverev's frustration was grounded in the fact he missed an opportunity to go deep onto the tournament with Andy Murray out with injury and world number one Nadal and five-time U.S. Open champion Federer both in the top half of the draw.

"I was the highest-ranked player in the bottom half of the draw after Andy retired.

"The draw is pretty open in the bottom part. I felt like I should have been the favored there.

"I just played a very, very bad match, so it's unfortunate. But that's how it is."