There is no place for ill-disciplined forward Tomas Lavanini in Argentina's Rugby Championship tour squad despite his clearance by a Sanzaar judiciary. 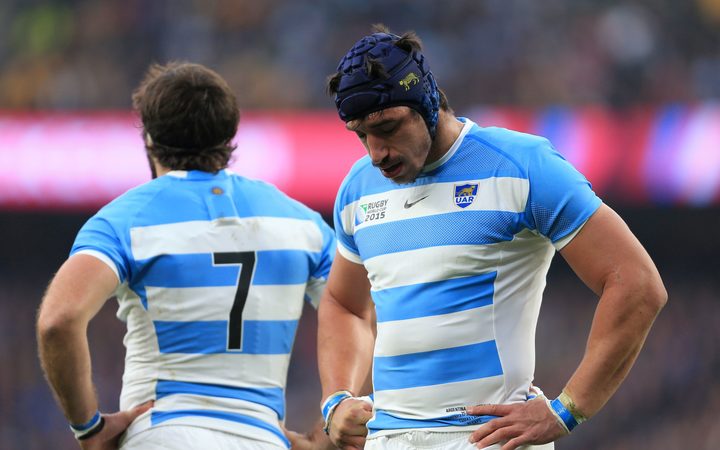 The 34-Test Jaguares lock was sent off in the Pumas loss to South Africa in Salta last weekend after being handed two yellow cards.

His offences didn't warrant further punishment at a judicial hearing, leaving him free to play the Test against the All Blacks in New Plymouth next week.

However, coach Daniel Hourcade didn't include the 24-year-old in his 29-strong tour squad, who will also play Australia in Canberra on September 16.

The other notable omission is injured No.8 Leonardo Senatore, who was in the side beaten 37-15 by the Springboks in Port Elizabeth but missed the return match in Argentina, which they lost 41-23.

All of the other players involved in those two Tests will tour, along with five additions - wingers Santiago Cordero and Manuel Montero, five-eighth Santiago Gonzalez Iglesias, and loose forwards Benjamin Macome and Rodriogo Baez.

Pumas captain and hooker Agustin Creevy says the tour will be an enormous challenge given the mixed efforts of his team in the Rugby Championship.

"We face a team of All Blacks who are in good form and everyone knows what they are as a team," he told journalists.

"The second game is with Australia in Canberra and they just lifted their form to play a tremendous game against the best in the world.

"We need to improve our field play, our breakdown and our discipline."