The Manawatu Jets will return to the National Basketball League next season after a two year absence. 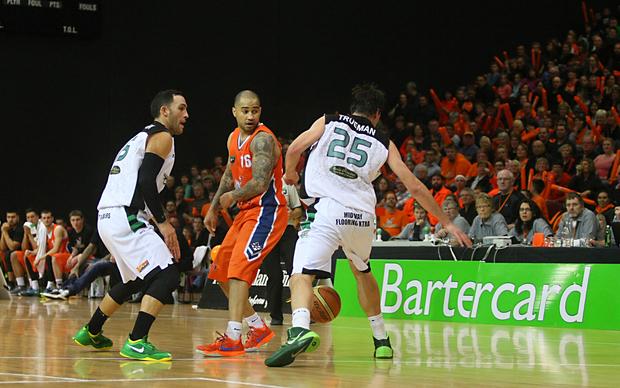 Manawatu Jets in action against the Southland Sharks Photo: Photosport

The Jets withdrew from the basketball league in 2015 citing financial issues and the NZ NBL says the team will be required to meet their financial and community obligations.

The League has also confirmed that from next year each team can have up to 3 restricted players however they must have three players aged 22 years or under.

A restricted player is one that is not eligible for New Zealand.

Chairman of the NZ NBL, Iain Potter, says the organisation is pleased to have the Jets back in the league..

"The Manawatu region has a strong community basketball presence, at both a club and school level, so it's brilliant to see the Jets return and add to the player pathway, giving opportunities for another cluster of New Zealand players at this level," said Potter.

"The team behind the Jets and their supporters should be congratulated for presenting a strong case to the NZ NBL Board, as this decision was not taken lightly.

"They showed us that they have a plan in place and strongly believe they can meet their financial and community obligations. Now, more than ever, we require teams to demonstrate sustainability and sound governance."

Mr Potter says these obligations included a commitment to work with Basketball Manawatu, Sport Manawatu and the local community.

It also required an outline of how the team would work with financial supporters guaranteeing their backing for the 2018 season.