World champion kayaker Lisa Carrington is hoping for some leniency in competition schedules to allow her to compete in more events.

The New Zealander has won her seventh consecutive major crown, with victory in the K1 200m at the world champs in the Czech Republic.

While she was feeling confident heading into the race, she said victory was never certain.

"In training it had been going really well so there was a lot of promise, but you never really know - racing is a different beast. I mean, I do have the experience to go out there and perform when it's needed," she said.

Following that win, Carrington teamed up with Kayla Imrie, Aimee Fisher and Caitlin Ryan to win bronze in the K4 500m. 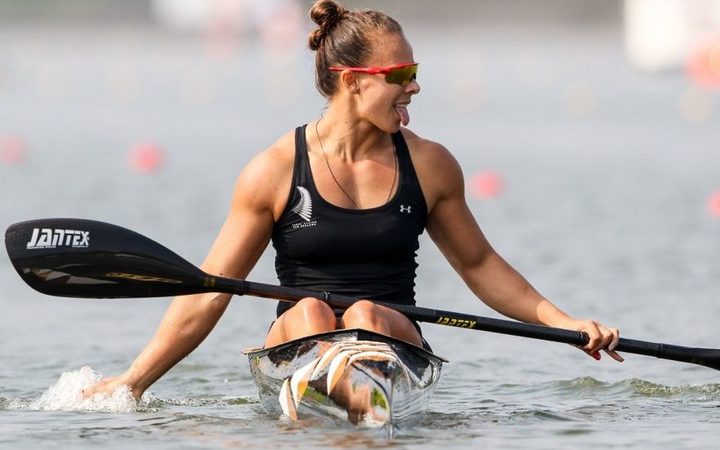 Lisa Carrington crosses the line first in the K1 200m at the world champs in the Czech Republic. Photo: Supplied

She also won the K2 500m title with Caitlin Ryan and a silver K1 500m, competing in 10 races all up, but was unsure whether she would be able to sustain such a programme.

"It's really difficult, the programme doesn't really allow for it. I hope in the future we can do more and that there is more leniency around it.

"There's amazing paddlers in New Zealand too so we have got to give everyone a chance. I love doing every event... and I am really privileged to be able to have the opportunity to do all four, but only because I have such a great team behind me."

The other medal New Zealand won on the final day was in the K4 500m race, which they went into as gold medal favourites but finished third.

But the result was not too much of a disappointment for Carrington.

"It's all about experience and I think today our girls learnt a lot. We performed the best we could and I am incredibly proud of them lining up today and giving it their all... [but] we're close."

Canoe Racing New Zealand chief executive Mark Weatherall said Carrington's 10-race effort over the championship would rank as one of New Zealand's great sporting achievements and called her a 'once in a lifetime' athlete.