A battling century from Ben Stokes rescued England on the first day of the second test at Headingley but West Indies still dismissed Joe Root's side for 258 on a much better day for the tourists. 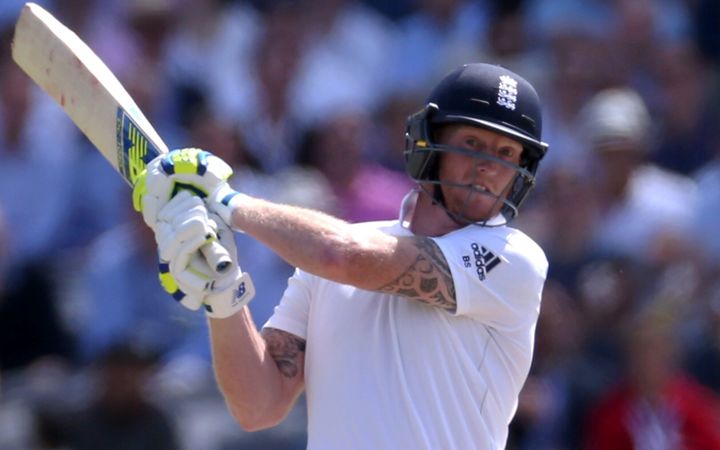 Stokes was eventually dismissed for exactly 100 -- his sixth test century -- with Kemar Roach (4-71) and Shannon Gabriel (4-51) the main wicket-takers as West Indies put their first-test rout behind them.

The tourists' batsmen then negotiated a tricky final 45 minutes to finish on 19-1, with Kraigg Brathwaite on 13 and nightwatchman Devendra Bishoo on one.

The day would have had an even better had they held their catches but Stokes was dropped twice, on nine and 98, and Root, who went on to score 59, also put down on eight.

With the ball nipping around, England's former captain Alastair Cook was the first to depart, edging Gabriel to Kyle Hope at third slip having made 11.

Tom Westley lasted only 11 balls, his innings ending when he was trapped plumb lbw by Roach, and England slumped to 37 for three shortly after the hour mark when Mark Stoneman was caught by wicketkeeper Shane Dowrich when his attempted drive off Roach found the inside edge.

This was a familiar England tale of top-order woe and worse followed after the interval when Dawid Malan was bowled off an inside edge by a delivery from Jason Holder.

It was left to Root and Stokes to stem their advance until England's captain was dismissed, tickling an attempted sweep off Devendra Bishoo to Jermaine Blackwood at first slip.

The wicket swung the day back towards the visitors who were celebrating again when Jonny Bairstow was caught low down at second slip by Holder off Gabriel.

At the other end, Stokes motored on, adding 64 runs with Moeen Ali in 10 overs after tea before Moeen was caught slashing to cover.

If anything, England's formidable middle order has been strengthened by the introduction of Chris Woakes and he added 23 to help Stokes through to his century off 122 balls.

Stokes did not add to that score and, in the same over he had been dropped on 98, was caught behind off Gabriel, who gave the batsman a verbal send-off.

England's last three wickets fell for no runs off 10 balls, leaving West Indies, who had lost 19 wickets in a day in the first test, to face England's Jimmy Anderson and Stuart Broad in overcast conditions.

Backed up by a ring of close fielders, Anderson proved particularly challenging and had Kieran Powell snaffled at slip by Cook, his 150th test catch, for five.

But West Indies held on to give provide themselves with a good platform on which to build on Saturday.

England are one nil up in the three-test series.