Captain Kieran Read is braced for more niggle from the Wallabies in a last-ditch attempt to rattle the All Blacks and keep the Bledisloe Cup series alive. 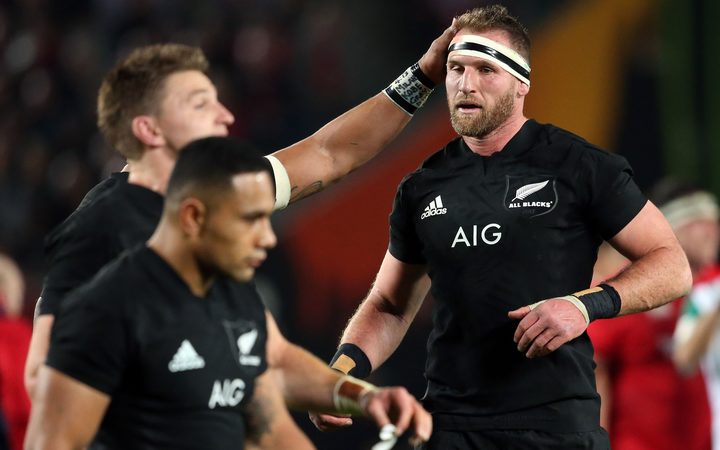 Belted in last year's opener, Australia took a physical approach into the second Test in Wellington and tried to get under the skin of the world champions.

It didn't necessarily work, but it did catch New Zealand by surprise early and led to an improved performance from a team badly needing to restore some pride.

Fast forward 12 months and the Wallabies are in nearly the exact same position - and Read anticipates deja vu in Dunedin tomorrow.

"It's been through our minds, we've got to expect it. We'll adapt to whatever comes our way," Read told reporters at Forsyth Barr Stadium.

"If we can go out there and try and play our game and play it fair, play it clean, and play it really hard, a lot of that extra stuff doesn't come into the game.

"We've got to make sure we can do that. We'll adapt to whatever they bring."

Read said the second half of last weekend's 54-34 victory in Sydney, in which the Wallabies scored 28 unanswered points, proved they can be a dangerous opponent when they get a run on.

He described it as a "great kick in the guts" and warned the All Blacks were hunting a full 80-minute performance to atone for it.

They also have something else to play for - the memory of the late Sir Colin Meads, who passed away during the week, and will be honoured on the night with a moment's silence before the game and a secret tribute on New Zealand's jerseys.

Then there's the Bledisloe Cup itself, which the All Blacks are seeking to retain for a 15th straight year.

"I'm really desperate for it, I want it," Read said.

"There's a number of guys in here who have tasted what it's like to win. There's a few guys who haven't, so they're pretty hungry."