The Burnley manager Sean Dyche has expressed concern about the safety of his players after a Blackburn Rovers fan ran on the field and physically confronted his team during their League Cup game at Ewood Park. 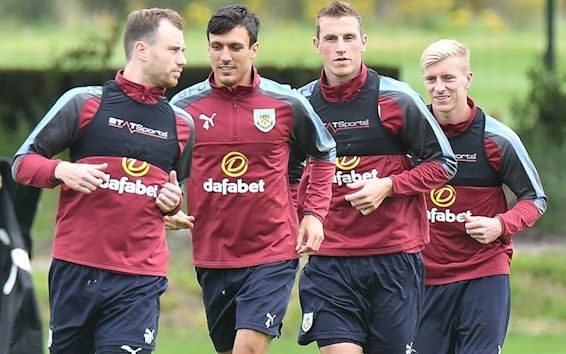 The All Whites captain Chris Wood was on the Burnley bench at the time, but did make his debut for the club just before half time.

Burnley players were celebrating Jack Cork's opening goal in their 2-0 win when a Blackburn fan entered the field and squared up to the players, pushing James Tarkowski in the chest and then grabbing midfielder Ashley Westwood by the neck.

The fan was eventually tussled to the ground by Burnley players before stewards removed him from the field of play.

"You don't know what they are going to do on the pitch, people have to get that situation (under control) really, really quickly and it seemed a long time before anyone did anything," said Dyche.

"It got to the point that we were going to go on because you can't have that. Not to do anything ridiculous just to say 'whoah this can't happen'," he said.

Blackburn are likely to face a fine for the incident but Dyche said he was concerned about the intent of the assailant.

"I think we are all concerned. There used to be a time when if someone got on a football pitch it was kind of in jest, it was something silly and could almost be laughed at.

"Now there are all kinds of different things going on in the world and when people get on a football pitch it has to be stopped very quickly.

"That is not just at this football club (Blackburn), I have to make that very clear, that is at any sporting situation. The challenge is for stewards, who I think do a terrific job all around the country - they have got to get on quick, because the situation has changed," he added.

There has been a history of violence between Blackburn and Burnley fans over many years and the streets around Ewood Park were heavily policed before the game.

Police made Burnley fans travel to the game on special buses laid on from their own Turf Moor ground, 15 miles from Rovers' stadium.

"To think you go to that extreme and then people just wander onto a football pitch is bizarre to say the least," said Dyche.