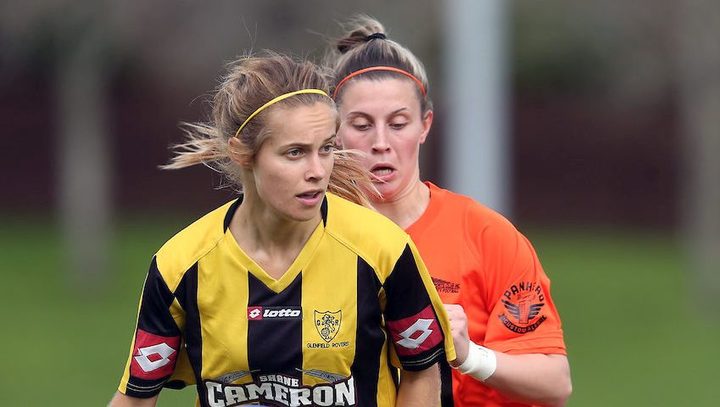 The Juventus deal is Rood's first professional contract and comes after trialling with the Serie A women's side earlier this year.

The 24 year old Rood is a member of the Football Ferns development programme and represented New Zealand at the FIFA U-20 World Cup but has yet to force her way into the national side.

Rood is hoping that her move to Juventus will help her break into the Football Ferns squad as they look to build towards the FIFA World Cup in 2019 and the Tokyo Olympics in 2020.

The Glenfield Rovers striker said she has had to invest a lot in her dream to play professional football and it's hard to believe that it has happened.

"I guess if you look at all of the things I've missed out on over the years then sacrifice would be the right word. But with every sacrifice comes an investment.

"Today is the day that I finally got a return on those investments."

"It's a chance to play in a new and exciting environment and hopefully be able to grow as a person and a player."

"Katie has been a consistent performer in our domestic leagues both with club and federation over the past few years so this is the next step in her footballing journey," said Turnbull.

"This highlights that with persistence and a great daily training environment with support in key performance areas, our local Kiwi girls can make it to the professional game."

Meanwhile in England, former Ferns striker Olivia Chance has re-signed with the Everton Football Club on a two year contract in the English Premier League.