The former England cricket international Geoffrey Boycott will continue as a BBC Test Match Special pundit after offering an unreserved apology for an alleged racist comment.

The 76-year-old former England and Yorkshire batsman suggested he would have a better chance of being knighted if he "blacked up", the Daily Mirror reported on Tuesday.

And Boycott responded on Twitter, accepting his comments were "unacceptable" and "clearly wrong". 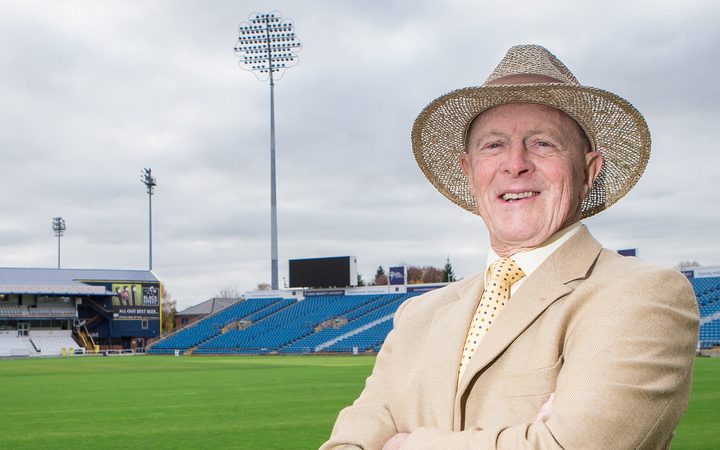 Boycott will remain an outspoken expert on BBC Radio 4's TMS, the BBC's flagship cricket programme, a spokesman for the corporation said.

A BBC spokesperson said: "He has rightly apologised unreservedly for these clearly unacceptable comments.

"He will be part of the team for the West Indies Tests."

The Mirror reported that Boycott was speaking at a question and answer session during a break in play of the England v West Indies day-night Test at Edgbaston in Birmingham.

Boycott was alleged to have said knighthoods were handed out like "confetti" to West Indies cricketers, including Sir Viv Richards, Sir Garfield Sobers and Sir Curtly Ambrose.

The Mirror reported Boycott said: "Mine's been turned down twice. I'd better black me face." 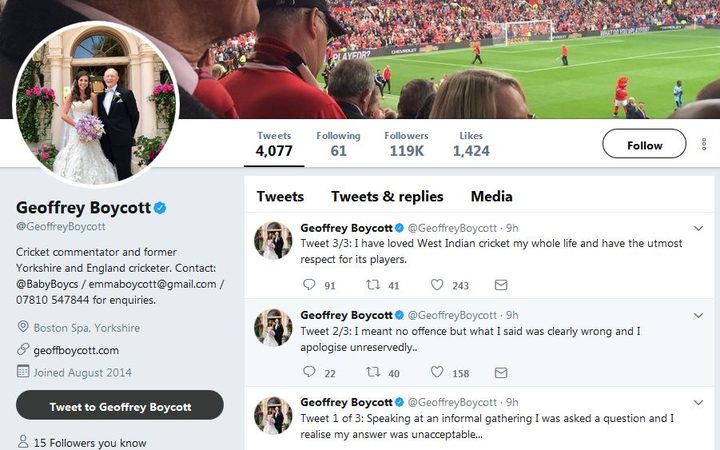 Boycott wrote on Twitter: "Speaking at an informal gathering I was asked a question and I realise my answer was unacceptable.

"I meant no offence but what I said was clearly wrong and I apologise unreservedly.

"I have loved West Indian cricket my whole life and have the utmost respect for its players."

He was renowned for his defensive play, but more recently Boycott has become known for his at times scathing punditry on television and radio.