Jordan Spieth begins his quest tomorrow to become the youngest man to complete the career grand slam as occasional thunderstorms and devilish new greens set the stage for an unpredictable PGA Championship. 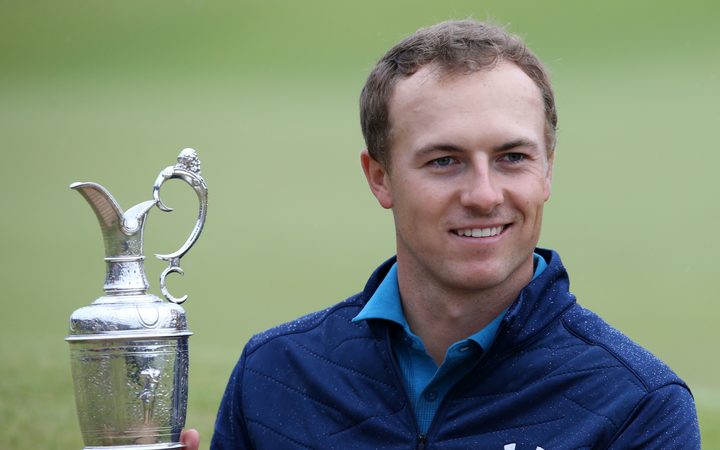 The Quail Hollow course in North Carolina, already soft after heavy rain earlier this week, could receive another pounding or two from the heavens, with a good chance of thunderstorms at some stage over the next four days.

"The last 48 hours we have had over an inch of rain and it's softened the course certainly more than we would want, but golf is an outdoor sport and it is what it is," said chief championship officer Kerry Haigh, who is in charge of the course set-up.

Already playing long, the 7100-yard par-71 layout will present a stern test to the 156-man field, and the new greens, a hardy strain of Bermuda grass with a strong grain that has often baffled players in practice, will throw another variable into the equation.

The favourites, with the exception of Hideki Matsuyama, have all spoken positively about their chances.

Spieth, 24, has downplayed the pressure of going for the grand slam, saying he should get another 30 or so chances to win the PGA.

He is perhaps unaware, however, that history shows otherwise.

All five men who completed the slam of all four modern majors -- Gene Sarazen, Ben Hogan, Jack Nicklaus, Gary Player and Tiger Woods -- clinched the fourth leg in three tries or less after capturing the first three. Thirteen others won three legs and could not claim the elusive fourth.

Phil Mickelson, for example, is a six times runner-up at the U.S. Open, the only major missing from his collection.

Rory McIlroy is the bookmakers' favourite, partly on the back of his two victories at Quail Hollow on the PGA Tour in 2010 and 2015.

The Northern Irishman, however, is winless in 2017, and yet to put all the pieces of the puzzle together at the same time.

World number one Dustin Johnson has also struggled since he was forced out of the Masters after slipping on some stairs and has since been a pale shadow of the man who won three consecutive events in style heading to Augusta.

Johnson, who grew up not far across the state border in South Carolina, considers this to be a home game, but that alone does not guarantee he will find his early-year form.

A case can be made for world number three Matsuyama to become the first Japanese man to win a major, but he has been talking down his chances in pre-tournament interviews with Japanese media, saying his swing feels out-of-sorts.

Australian Jason Day, the 2015 champion, has been knocked off his stride this year following his mother's cancer diagnosis, while Spaniard Sergio Garcia has made more headlines for his wedding than his on-course performances since winning the Masters.