For the third week of the play-offs the Crusaders have named an unchanged lineup to take on the Lions in Sunday morning's Super Rugby final at Ellis Park. 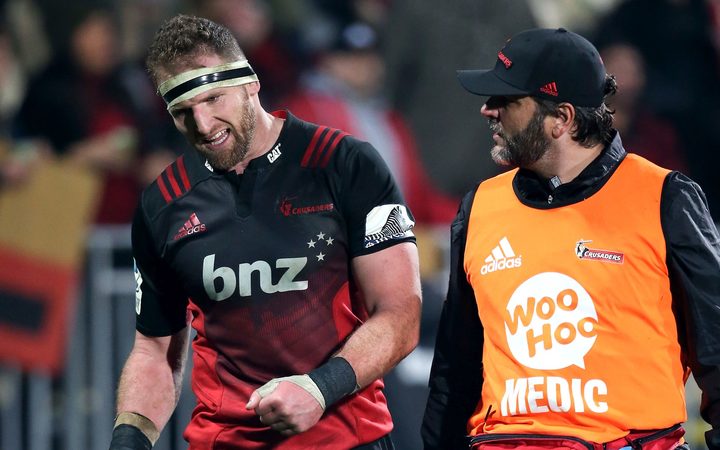 Kieran Read leaves the field with an injury. Photo: PHOTOSPORT

Head coach Scott Robertson will have his top side after naming both Kieran Read and Owen Franks to start after they overcame minor injuries.

The Lions have also named an unchanged side from the team that beat the Hurricanes in the semi-final.

Robertson said it was great to be able to have consistency in the team throughout the finals series.

"A squad of 25, which included the 23 who played in the quarter and semi-finals, travelled to Johannesburg at the start of the week and all players are fit and available for selection this weekend, which is awesome.

"We have settled in really well in Johannesburg and we are building the week nicely towards the big clash. We love Finals week, it is why we play," Robertson said.

Crusaders team to play the Lions: