The Ford star holds a narrow six-point advantage over Holden ace Jamie Whincup in a tense title battle but it has been McLaughlin's qualifying speed which has ignited his title challenge.

The New Zealander is on a streak of 12 straight front-row qualifying performances.

It is a record for the modern Supercars era with only greats Peter Brock (22), Allan Moffat (16) and Dick Johnson (15) achieving more consecutive front-row qualifying efforts.

"We've obviously been pretty strong in that department and hopefully that keeps going," McLaughlin told AAP.

"I've got a lot of confidence in that area but I've just got to try and keep maximising it when I can."

That qualifying form could be the difference at the tight 3.12km Queensland Raceway where passing opportunities are at a premium.

McLaughlin's championship lead was cut with Whincup picking up his first win of the year in the final race at the Townsville 400 earlier this month.

Less than 500 points covers the gap between first and sixth on the championship standings. 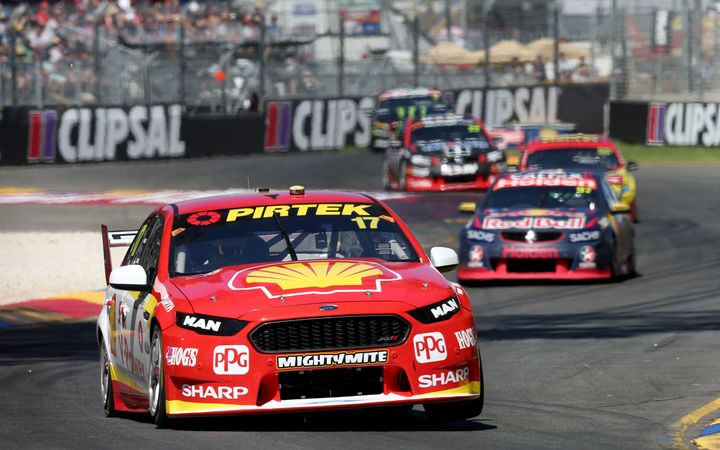 McLaughlin says his status as top dog doesn't change his mindset heading into the second half of the year.

"To be up the front and in a good position at the halfway point is fantastic but, I've said it before, there's a lot of races left to go," he said.

"We've got to keep pushing on ... those Red Bull guys are coming back fast as well as Prodrive and it's going to be a very tough second half of the season."

Almost overlooked in McLaughlin's impressive 2017 form has been his lack of familiarity with his DJR Team Penske car after his switch from Garry Rogers Motorsport at the end of 2016.

Ipswich, where McLaughlin won a race during his breakthrough 2013 campaign, is his team's test track, meaning he heads there with a level of knowledge he has not held for the other circuits so far this year.

"Whenever I get back there it sort of feels a little bit like my home track ... it's my first run where I've already driven the DJR car at before," he said.

"That definitely helps me get acquainted with everything pretty quickly and we can really get down our program straight away."