The Lions must overturn a desperate recent record against the Hurricanes if they are to be victorious in their Super Rugby semi-final at Ellis Park this weekend. 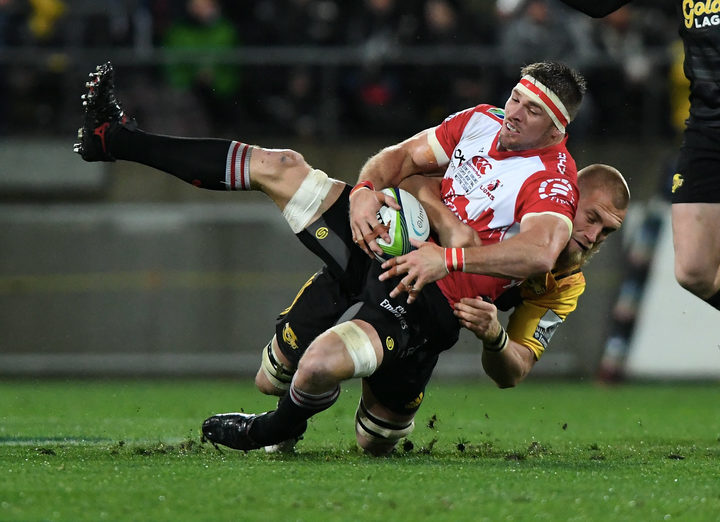 The Lions have lost their last eight games home and away to the New Zealand side, including a 20-3 defeat in last year's Super Rugby final in Wellington, and a humbling 50-17 home loss in the 2016 regular season.

That heavy defeat was the last time the South Africans were beaten at their Ellis Park fortress, amassing a winning run of 14 games since, that almost came to an end against the Sharks in the quarter-finals last weekend.

Coach Johan Ackermann, who heads to English Premiership side Gloucester at the end of the Super Rugby campaign, has selected an unchanged side from that narrow 23-21 win but is without the dynamism and leadership of injured captain Warren Whiteley, who might have been invaluable in such a crucial clash.

"The Hurricanes are a team that play in your face," Ackermann said.

"They like to put teams under pressure and they did that to us last year, so hopefully we'll handle that pressure better this time.

"Maybe we won't run as much as we did a year ago, but rather kick better tactically. We must also remember it's a year later and the teams have changed since we last met here."

The Hurricanes have been able to select hooker and captain Dane Coles from the start for what will be his 100th Super Rugby cap in one of two changes from the side that defeated the ACT Brumbies 35-16 in their quarter-final in Canberra.

Coles returned off the bench in that win having been missing since March after suffering a concussion against the Otago Highlanders.

"It will be a massive honour to join those players in reaching a milestone that I never thought I would achieve," Coles said in a press release from the Hurricanes.

This year's Super Rugby joint top try-scorer Vince Aso also returns from a groin injury at centre, which has had a domino effect through the backline.

Aso takes the place of Jordie Barrett, who moves to fullback in place of Nehe Milner-Skudder. The latter has shifted to the right wing, which has sent South African-born Wes Goosen out onto the left wing in the place of Julian Savea, who drops to the bench.

Victory for the Lions will see them host the Super Rugby final against the Canterbury Crusaders or the Waikato Chiefs, who meet in the other semi-final in Christchurch on Saturday.