After many years of talking about it, Drugfree Sport NZ is to begin testing school-aged rugby players for performance-enhancing drugs. 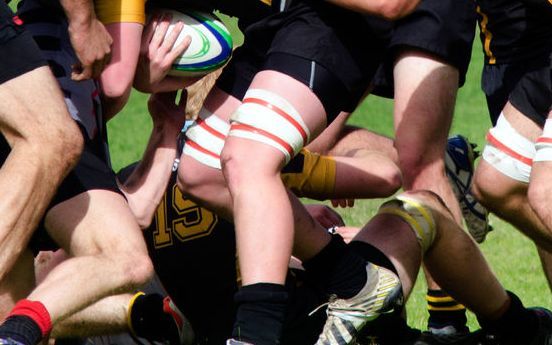 Players at the National First XV Championship Top 4 tournament will be tested for the first time in September.

Urine samples from the players at the tournament, in Palmerston North, will be analysed at the World Anti-Doping Agency accredited laboratory in Sydney.

Drugfree Sport NZ chief operating officer Scott Tibbutt confirmed the organisation would be carrying out testing, and said it wanted to make sure it did not trip up any innocent people.

It had been running an education programme for the last year for the secondary-school age group.

"We're looking to get as many schools as possible on board with our education so they can learn about the testing process," he told Morning Report.

"We want to make sure we're not catching any innocents ... Contaminated supplements and things like that is something that probably won't be picked up in this round."

The main concern was steroids, and a survey in 2013 revealed a couple of youth athletes admitted using prohibited substances.

Research had also shown 70 percent of those questioned were taking supplements, and some were were using four or more per week.

"There is potentially an issue, which is why we need to go in and do this testing.

"We're also conducting doctoral research ... so hopefully we'll come out of that a lot better armed and able to create a really good prevention programme."

Some players would go straight into playing at the highest levels of rugby when they finished school, he said.

"It's really critical that they're aware of the rules, how they can trip themselves up ... and also that they're bound by these rules and they have to abide by them."

There had been some concern about testing in the school environment, but testing of this age group was not unusual, and young people were able to have a representative with them during the testing session.

"We regularly test mid-teens in sports like swimming and gymnastics."

The September testing would be of a select group of players in the finals.

"A couple of years ago all the parties ... expressed real concern around supplement use within school sporting programmes. We all committed to a strong level of education."

Only five of 23 took up an an education programme offered by Drugfree Sport NZ, he said.

The schools needed make sure students, parents and coaches were aware of the risks of the health risks of supplements and the risk of contamination.

"They've been unable to demonstrate to Drugfree Sport NZ ... that the environments are safe for these kids and as a result Drugfree Sport NZ is basically suspicious of it ... they want to investigate it, they're going to police it with testing and we just think that's a slippery slope."

Principals needed to ask whether schools had skewed too much towards a performance-based sporting programme as opposed to an educational-development one.

"A number have taken it up, it's just that the number is not as high as we would probably have liked."

Mr Lonergan believed most of the schools in the Top 4 competition would have undertaken the drug education programme before the September finals.