British and Irish Lions prop Mako Vunipola once dreamed of representing his native New Zealand but will battle on Saturday night to stop the All Blacks from sealing the three-test series with a game to spare.

Wellington-born Vunipola grew up idolising All Blacks winger Jonah Lomu, while his father Fe'ao, a former Tonga captain, once described his son as the 'next Olo Brown', a nod to the 56-test All Blacks prop.

"When I was growing up I watched the All Blacks and I loved them, mostly because of Jonah Lomu," Vunipola told reporters on Friday ahead of the second test at Wellington Regional Stadium. 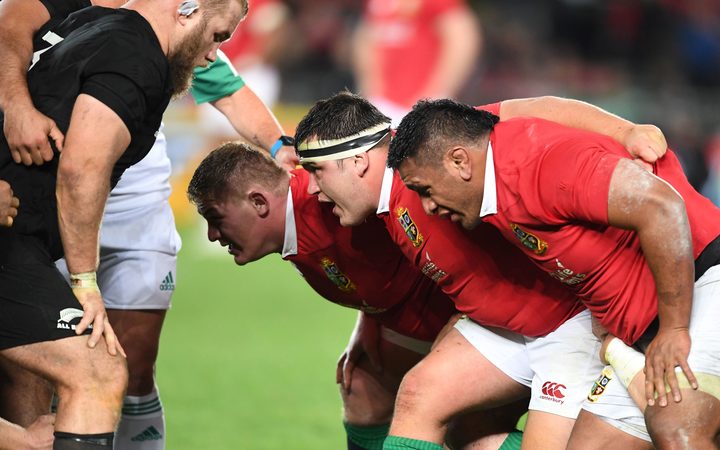 Vunipola left New Zealand as a child when his father moved to Wales for a professional rugby contract. The week of the second test is the 26-year-old's first trip back to Wellington.

Along with younger brother Billy, who was also selected for the tour but withdrew with a shoulder injury, Vunipola spent his early life in Pontypool and his Welsh valleys accent is still prevalent.

While their father wanted both his sons to play for Wales, Mako progressed through the England age-group system after a move to Gloucestershire and a scholarship to the Millfield School in Somerset.

He made his England debut in 2012 and played all three tests on the 2013 Lions tour of Australia. He has cemented himself as the first choice loosehead prop on the current tour.

Vunipola was stung by last week's 30-15 loss to the All Blacks at Eden Park, particularly after Lions coach Warren Gatland said his team had lacked the physicality to match the world champions.

"It was him laying the gauntlet down to us and it's up to us to accept it," Vunipola said. "We are going into the game wounded and pride is on the line (and) ... I wanted the opportunity to go out there and prove him wrong.

"I don't know if that's what he meant, but it's up to us to prove him wrong and send out a statement."

A statement performance is what is needed for the tourists, who arrived as arguably the best team to tour New Zealand since the 1971 side that clinched the only test series victory over the All Blacks.

Vunipola said the team had been in intense training sessions and spoken at length about the challenge to send the series back to a decider at Eden Park on July 8th.

"We know the task in front of us is immense ... (and) we have spoken about this being the biggest game of our lives," Vunipola said.