Football's world governing body FIFA is to publish the Garcia report into the decision to award the 2018 and 2022 World Cups to Russia and Qatar - more than two-and-a-half years after the investigation was completed. 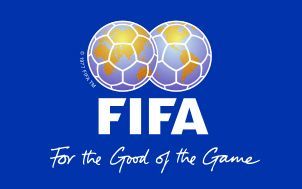 The 430-page report lists in great detail the wheeling and dealing which went on behind the scenes in the bidding race.

It said that "flaws" in the process were caused by a "culture of expectation and entitlement" among FIFA executive committee members who held the right to vote for the hosts.

FIFA said its decision to publish was made after the report, compiled by its former chief ethics investigator Michael Garcia in 2014, was "illegally leaked" to a German newspaper.

"For the sake of transparency, FIFA welcomes the news that this report has now been finally published," it said, adding that the decision was made to "to avoid the dissemination of any misleading information."

Garcia, who is now an associate judge at the Court of Appeals for the state of the New York, spent 18 months and interviewed 75 witnesses as he investigated the convoluted bidding process for the two tournaments.

His report was not published but instead handed to the then FIFA ethics judge Hans-Joachim Eckert, who issued a 42-page summary which said there was not enough evidence to re-open the bidding process.

Garcia publicly criticised Eckert's summary and resigned one month later, in December 2014. FIFA then agreed the report could be published once all investigations against individuals had been completed.

FIFA's situation took a dramatic turn in 2015 when several dozens soccer officials were indicted on corruption-related charges in the United States, while the Swiss attorney general's office opened a criminal investigation into the award.

The report said Blatter, who has denied any wrongdoing, bore "some responsibility for a flawed process that engendered deep public scepticism", though it also praised him for implementing reforms including those which made the report itself possible.

England, Spain/Portugal and the Netherlands/Belgium were the other countries bidding for the 2018 World Cup, while Australia, Japan, the United States and South Korea were Qatar's rivals for the 2022 tournament.