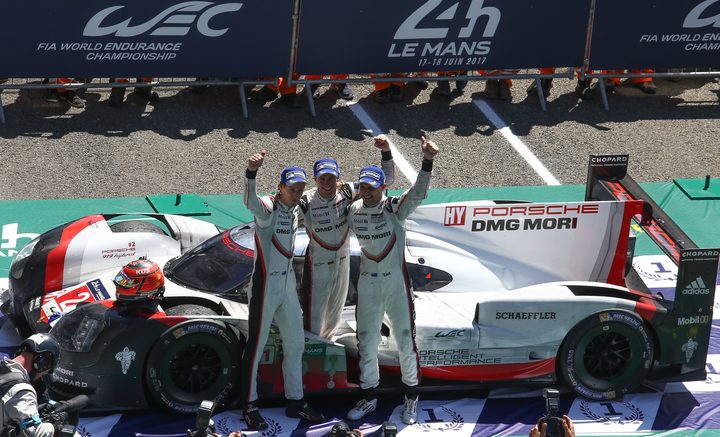 It is the first time two New Zealanders have shared the winners' podium since Bruce McLaren and Chris Amon's triumph in 1966.

The Kiwi pair and their German teammate, Timo Bernhard, fought their way back from last place after a mechanical issue forced their car into the pit for over 45 minutes.

Bamber said it had been a wild ride.

"It's a really, really special story I think, one of the true Le Mans classics. Because we got back in the race and we just said, 'Okay, we go full gas and try and get back to the top five for the manufacturer points for Porche.' Then top five looked like a podium and then a podium looked like a win."

Hartley said it was something he had "dreamt about" for a long time.

"I've tried a few times and after three hours I thought Le Mans is cruel, I thought it wasn't going to happen, and Le Mans was true to its word.

"But anything can happen in this race and it is a rollercoaster of emotions. It brings grown men to tears and today was like no other."