The New Zealand rower Jackie Kiddle has won the lightweight single sculls at the World Cup Rowing regatta in Poland. 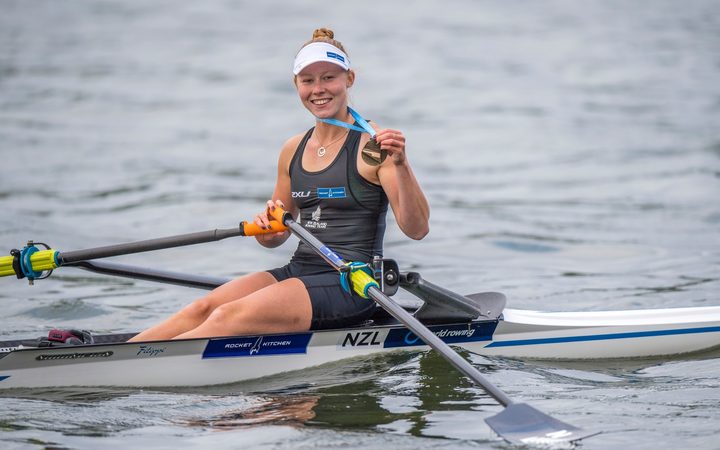 Kiddle, an under-23 world champion who is competing in her first world cup, scooped the win after proving herself a force to be reckoned with in earlier races.

The 22-year-old from Star Boating Club in Wellington took no prisoners in her semi-final, sticking to her signature move of starting conservatively before picking her way through the field to take the win.

She then faced a loaded A final with tough competition from former world champion and local favourite Joanna Dorociak of Poland, European champion Emma Fredh of Sweden as well as European bronze medallist Patricia Merz of Switzerland.

Once again Kiddle played her A final to perfection, sitting in sixth place at the 500 metre mark in the tightly packed race before moving up and launching a devastating attack to destroy the field in the last quarter, crossing the line in a nail-biting photo finish.

"I was a little bit concerned coming through the 500 that I couldn't see anybody else but I was pretty confident in my race plan and I was backing myself through that first bit of pain." Kiddle said following the win.

Kiddle was competing in the event in place of an injured two-time world champion Zoe McBride, her lightweight double sculls crewmate.

"It's a little bittersweet I haven't got Zoe up here with me, we're absolutely chomping at the bit to get the same result in the bigger boat."

The duo will resume on-water training this week ahead of the Henley Royal Regatta.

Today's gold medal could be a sign of things to come, with eight New Zealand crews lining up in seven A finals tomorrow.