Team New Zealand will be unable to race for three days following the collision with British syndicate B.A.R during a practice race in Bermuda yesterday.

Just ten days before the round robin Challenger series, Team New Zealand was rammed from behind during a pre-race starting manoevre, leaving a metre-long dent in the boat.

Team New Zealand high performance manager Murray Jones said the incident was unfortunate but it was part of the game. 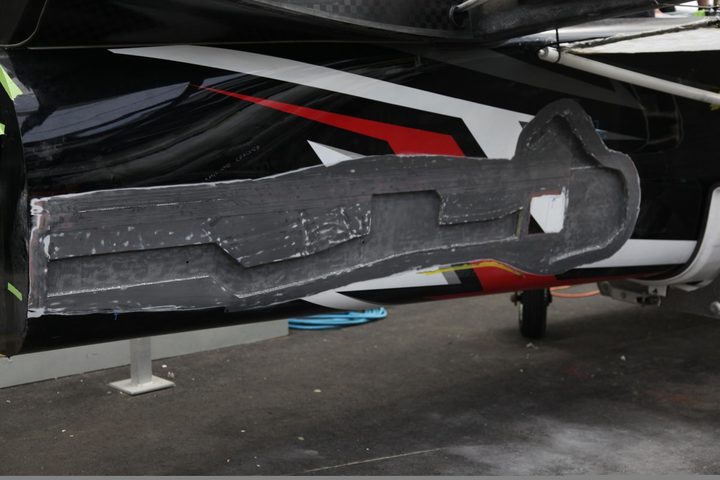 "It's not convenient for our programme. There's some substantial damage and the boatbuilders are flat out fixing it now and we'll off sailing for three days," said Jones.

"It's pretty annoying for us because this period is our race practice period. We spent a lot of our time training in New Zealand and not in Bermuda where the other teams have been doing quite a lot of sailing against each other and we have come in quite late...so we're missing a few days of that."

The weather gods though appear to have come to Team New Zealand's aid with no practice racing possible today because of a lack of wind. Jones said the forecast was the same for the next couple of days which means they may not miss out on any training.