Two-time Olympic shot put champion Dame Valerie Adams has announced she is pregnant but is still committed to competing in her fifth Commonwealth Games in Australia next year.

Adams has not competed since September last year and had already decided against taking part in the world championships in London in August.

Athletics New Zealand high performance director Scott Goodman said it was no secret that Dame Valerie and her husband Gabriel Price were keen to start a family after the Rio Olympics where she won silver at her fourth Olympic Games. 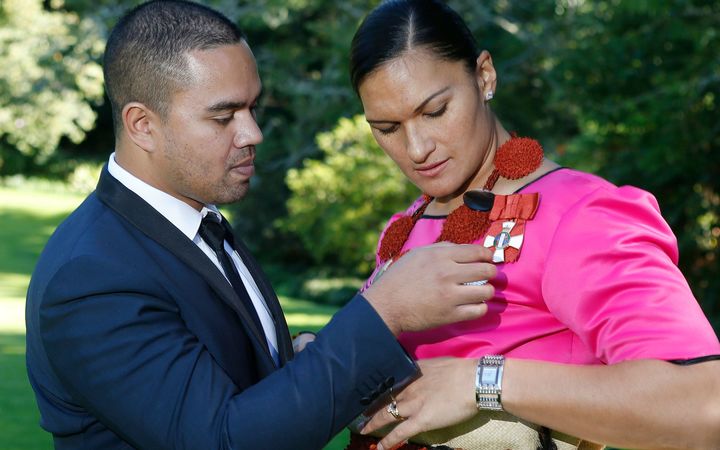 Dame Valerie Adams and her husband Gabriel Price at her investiture during the week. Photo: Photosport

"This is wonderful news for Dame Valerie and Gabe and we are very excited for them," Goodman said.

"Dame Valerie has told us that she is keen to compete at her fifth Commonwealth Games on the Gold Coast in April next year, and we will do everything we can to support her in that goal."

"Dame Valerie has had some remarkable achievements in her life and this is a wonderful next stage for her and Gabe."

Adams was officially made a Dame in a ceremony at Government House in Auckland on Wednesday.