Rio Olympian Matthew Stanley booked his ticket for July's World Swimming Championships with a qualifying performance on the second day of the New Zealand Open Champs in Auckland. 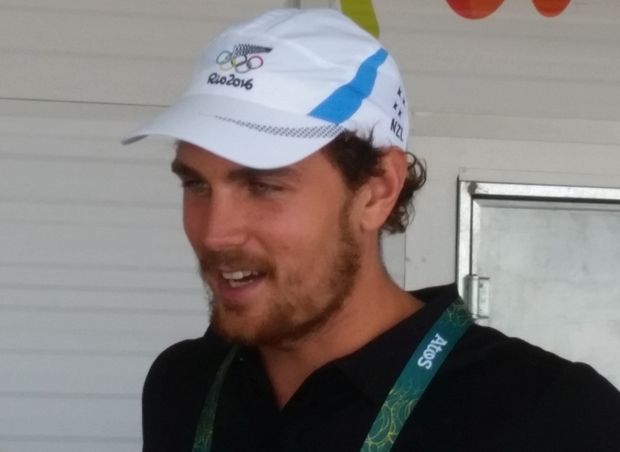 He becomes the fourth swimmer to qualify after Helena Gasson, Corey Main and Emma Robinson qualified on the first night of finals.

Stanley, based on the Gold Coast, went 0.2s inside the qualifying time in the 200 freestyle heats.

The 25 year old, swimming for the Matamata club, wanted to lower his own national record in the evening but had to be content with a dead-heat with Rio team-mate Matthew Hutchins in 1:48.53.

"This morning was a race well put together but I couldn't replicate it tonight," Stanley said. "I couldn't really get up tonight. I am not sure if after I qualified in the morning I found it tough to back-up without having the rabbit to chase. It is something I need to work at."

Stanley recently moved to a new programme at Bond University which includes a number of crack Australian swimmers.

"We have a lot of guys who are really good at 100m and 200m freestyle. Training with them every day is motivating and I am sure that backing up will come to be shortly," Stanley said.

"I have been training better than that, in the 1:46 mid range area. I am still struggling to convert that into the racing form but I am confident it will come. I just have a few things to work on."

It was another close miss for Hutchins, the Christchurch swimmer based at the University of Wisconsin, who will look to his favoured 1500m freestyle later in the week to qualify for the worlds.

Olympian Bradlee Ashby set a personal best but just 0.8s outside the qualifying mark for the 400m individual medley, clocking 4:18:68.

Gasson could not replicate her hot form on the first night, finishing just outside the qualifying mark in the women's 100m butterfly.

The men's 100m butterfly was a tight battle with St Peters' swimmer Sam Perry, who is on scholarship at Stanford University, setting the pace and holding on to win in 53.97s just ahead of the North Shore pair of Wilrich Coetzee and Shaun Burnett.

In the Para swimming tonight Sophie Pascoe (QEII) won the 50m breaststroke in 35.87 while Nikita Howarth (Te Awamutu) claimed gold in the 100m backstroke in 1:29.73 and Chris Arbuthnott edged ahead of Jesse Reynolds (Ice Breaker) in the men's 100m backstroke to win in 1:07.36.