Former All Black Aaron Mauger says he's "devastated" by Leicester's decision not to appoint him as head coach. 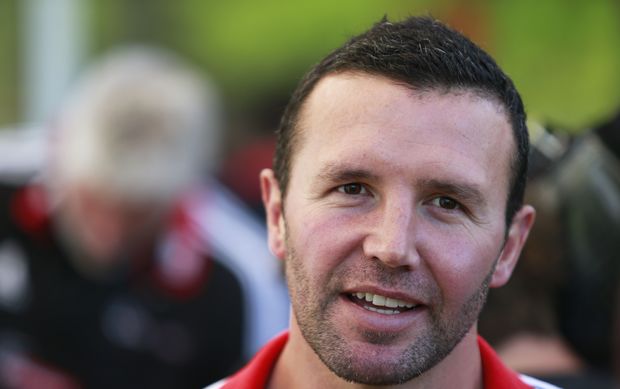 The 36-year-old has been in charge of the English club since Richard Cockerill was sacked in January.

But Mauger, whose final game will be against Northampton Saints this weekend, has been overlooked in favour of ex-Tigers coach Matt O'Connor.

"Definitely I wanted to stay and see it through for the rest of the season," he told BBC Sport.

"I was kept in the loop the whole way through, but I'm clearly disappointed and devastated at the outcome.

"The club have made that decision in the best interests of the club, and what they believe going forward, so I have to respect that and move on."

The return of 46-year-old former Australia international O'Connor was announced yesterday, just a day after Mauger guided the Tigers to victory over Exeter in the Anglo-Welsh Cup final - the club's first silverware in four years.

Following the departure of the long-serving Cockerill, Leicester lost their first three games under Mauger, but won three of their next eight in all competitions.

They are fifth in the Premiership table, a point behind Bath, with five matches to play.

"Where the group are at the moment is pretty exciting," Mauger added. "We have really turned things around over the last eight or nine weeks.

"There is a real positive energy in the group and that has been reflected in some really good performances. Unfortunately that wasn't enough.

"We have a big game on Saturday against Saints and we look forward to starting a home run for the play-offs."