Liverpool rediscovered flashes of their most vibrant attacking form to repel an Arsenal fightback at a jubilant Anfield and leapfrog Arsene Wenger's men in the battle for Champions League places. 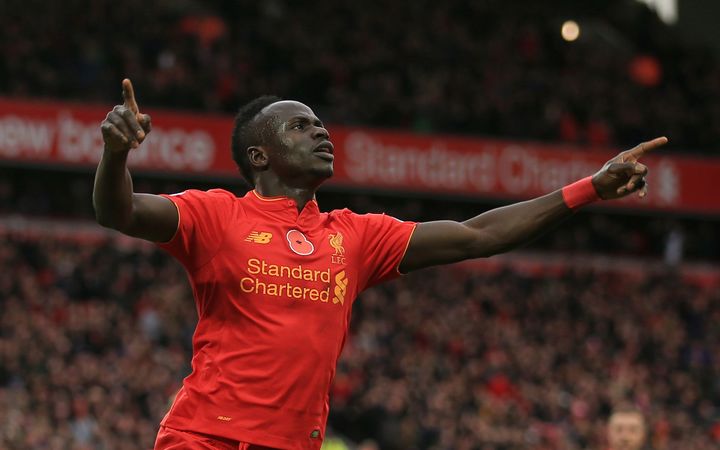 Goals from Roberto Firmino, Sadio Mane and Georginio Wijnaldum put Liverpool into third place in the Premier League as they completed their double over the Gunners with the sort of elan -- especially in the first half -- that they had displayed regularly before the New Year.

Wenger was presented with another difficult evening as his decision to leave top scorer Alexis Sanchez and Theo Walcott on the bench hardly seemed justified amid Liverpool's first-half dominance.

When he brought the Chilean on for the second half with Arsenal two down, the Gunners perked up with Sanchez setting up a Danny Welbeck goal in the 57th minute.

Yet even as Anfield grew increasingly nervous in a much more even affair, Wijnaldum ended the home fans' worries by converting an injury-time soother on the break.

"It was one of the best games we have played so far because of the strength of our opponent," Liverpool manager Juergen Klopp declared to the BBC.

"We did really well. We had hard words after the (3-1) defeat at Leicester (on Monday). We analysed it and that wasn't enjoyable.

"We had another opportunity and we took it today. It's the rollercoaster of the Premier League."

His side hardly looked like one that had won just twice in 12 previous matches in 2017 as they tore into an Arsenal side that raised a few eyebrows when it was seen to include Welbeck and Olivier Giroud rather than Sanchez and Walcott.

Wenger described his decision to drop the league's leading marksman Sanchez as "debatable".

Within nine minutes, Firmino had latched on to a low cross from Mane to crash the ball into the net and as Liverpool pressed Arsenal to distraction, the Brazilian repaid the compliment to Mane five minutes before the interval.

A slick passage of passing ended with the Senegal international Mane crashing his 12th goal of the league campaign past Petr Cech, who took some beating after an earlier brilliant flying stop from a Philippe Coutinho thunderbolt.

Sanchez's introduction immediately paid dividends as, first, Giroud roused himself to force a great save from Simon Mignolet that looped on to the bar.

When Sanchez skillfully put in Welbeck to slot past Mignolet, it became a proper contest until substitute Divock Origi breathed decisive late life into Liverpool, hitting the post with a header before delivering the cross that Wijnaldum swept home in the 92nd minute.