World Rugby says it's too early to speculate on potential rule changes after Italy used controversial tactics against England in their Six nations game yesterday.

The Azzurri refused to engage in rucks as the home side won 36-15 at Twickenham. 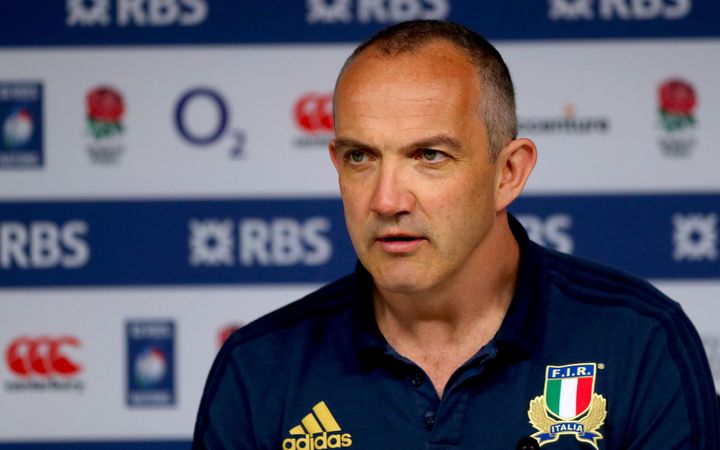 Italy's plan, masterminded by defence coach Brendan Venter, left no offside line after a tackle allowing the Italians to crowd the England backline.

England boss Eddie Jones criticised Italy's tactics, and said law-makers should have a "very close look at it".

A spokesperson for World Rugby told the BBC it could 'clarify' the law, rather than drastically change it.

"We challenged people's minds and a lot of credit must go to Brendan for doing what he did," said Italy head coach Conor O'Shea.

O'Shea has revealed Italy's plan was almost scuppered the day before the match.

He said referee Romain Poite told Italy's coaching team there had been a change in the laws during the week, which they were not aware of.

Their original idea was to target England scrum-half Danny Care directly after rejecting any notion of forming a ruck, and they worked on that in training.

But Poite told them they could no longer legally challenge the scrum-half.

"It meant we had to adapt even between Saturday's meeting and the match," said O'Shea.

Instead of chasing Care, Italy counterpart Edoardo Gori blocked his running and passing lines by standing in what would have been offside positions had any rucks formed.

O'Shea said: "There was an offside in our game against Ireland that was clarified as being onside.

"Brendan came to me and said: 'Please listen and don't think I'm mad.' We talked as a group of coaches and said: 'OK, will we go for this?'

"A lot of thought has gone into it. We didn't come up with this overnight."

O'Shea, a former director of rugby at London Irish and Harlequins, said he was "incredibly proud" of his players.

He said: "We did not come here to lose, and we are gutted to lose.

"We have to change in Italy and I am sick and tired of people having a pop and having a go. We came to win."