The past year couldn't have been much more successful for sailors Peter Burling and Blair Tuke and it's been capped off with a New Year's honour.

The pair have been made Members of the New Zealand Order of Merit for services to sailing. 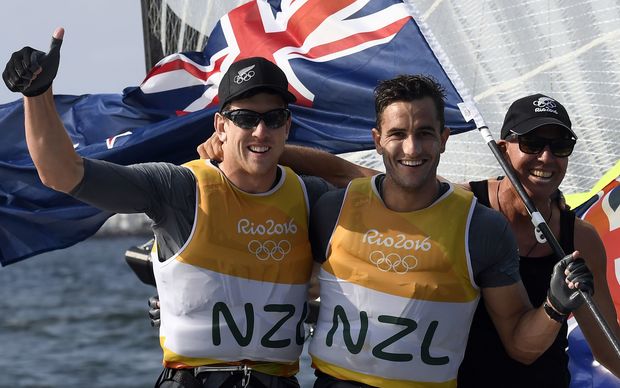 This year Burling and Tuke defended their 49er World Championship title and then went onto win a gold medal at the Rio Olympics, where they were also the New Zealand team co-captains.

Burling said he could not have asked for a better 2016.

"It's been a hell of a year, starting off with winning the world champs and then a pretty intense buildup to the Olympic Games...to be captain of the Olympic team and flagbearer carrying the New Zealand flag into the biggest sporting event in the world is something I will always remember." he said.

"It's been an absolutely amazing year and to cap it off with this makes it even more special."

2017 also looms as a big year for Burling and Tuke, with both sailors part of Team New Zealand's America's Cup campaign.