Technical head Paddy Lowe could be about to follow newly-retired Formula One world champion Nico Rosberg out of the door at dominant Mercedes. 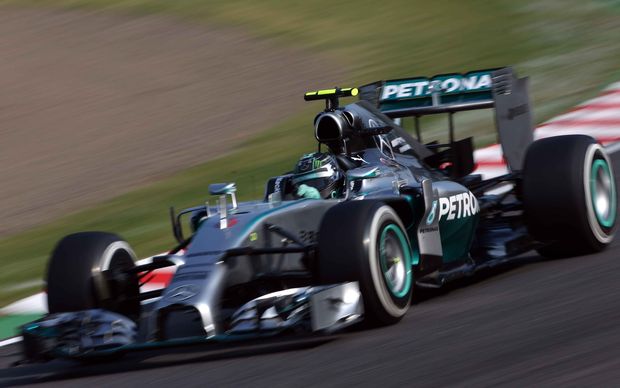 2016 Formula One Champion Nico Rosberg in his Mercedes. Photo: PHOTOSPORT

The motorsport.com website reported multiple sources "with good knowledge of the situation" indicating that Lowe, who has helped Mercedes to win three successive constructors' titles, was set to join rivals Williams.

Mercedes, who were rocked by Rosberg's retirement announcement only five days after he won the title at the end of last month in Abu Dhabi, had no comment on rumours that have been rife since September.

There was no immediate response from Williams, who use Mercedes engines and whose Finnish driver Valtteri Bottas has become the bookmakers' favourite to replace Rosberg next season.

Lowe started his F1 career with former world champions Williams in 1987, and spent six years there. The team finished fifth overall this year.

Williams current technical head Pat Symonds is 63 and told Reuters in a recent interview that he would still be at the team next year, while also indicating that he was looking to reduce his workload.

"I love motorsport and the engineering of it but it is relentless. It really is intense. I'm still working 60 hours a week and there comes a time when I'd like to do other things as well," he said.

Lowe's contract at Mercedes is due to expire at the end of the year, according to reports in Britain and Germany, and the 53-year-old's future has been the subject of considerable speculation.

McLaren, his previous employers, last week ruled out a move for the Briton amid reports that Lowe was poised to accept an offer from a rival team.

"We have absolutely no plans to re-hire Paddy, since we are entirely satisfied with our current senior engineering management team," said a spokesman.

Lowe is one of three top managers running Mercedes -- the others being shareholders Toto Wolff and Niki Lauda, who is the non-executive chairman.

Were he to go, Mercedes are expected to sign former Lotus and Ferrari technical head James Allison who is currently on 'gardening leave'.

Allison, whose wife died suddenly of meningitis earlier in the year, left Ferrari by mutual agreement in July.