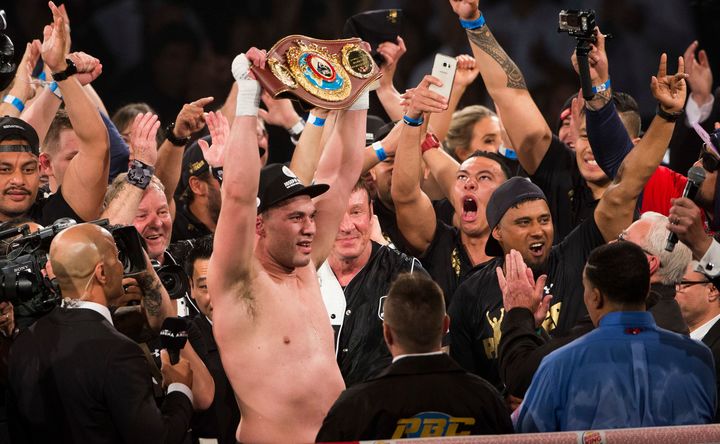 The 24-year-old is now undefeated in 22 of his professional fights and holds one of the four major world titles.

Parker and Ruiz fought in front of a near-capacity crowd at Vector Arena in Auckland.

Ruiz caught Parker with a couple of bruising hits to the head in the first round as the two fighters tried to scope each other out early in the bout.

The Mexican again landed a series of late combinations to Parker's head late in the second round.

Parker did his best to stay away from Ruiz's notoriously fast hands as the visitor constantly kept Parker on the back foot in the early stages of the fight.

The crowd could sense Parker was trailing and did its best to let both fighters know who they were supporting.

Ruiz's speed won him the majority of the first six rounds as he constantly pushed Parker into a corner before unleashing a his right hand.

In the second half of the fight Parker's conditioning began to show as he appeared the more comfortable as the fight wore on.

It was incredibly tough to call which fighter appeared to have the other hand in the final rounds as they both landed a series of combinations.

At the end of the 12th round Ruiz raised his hands believing he'd won the bout and looked visibly upset with the result when Parker's hand was raised in victory.

Following the win Parker said the result was for New Zealand and thanked the fans who'd supported him while on his journey to become a world champion.